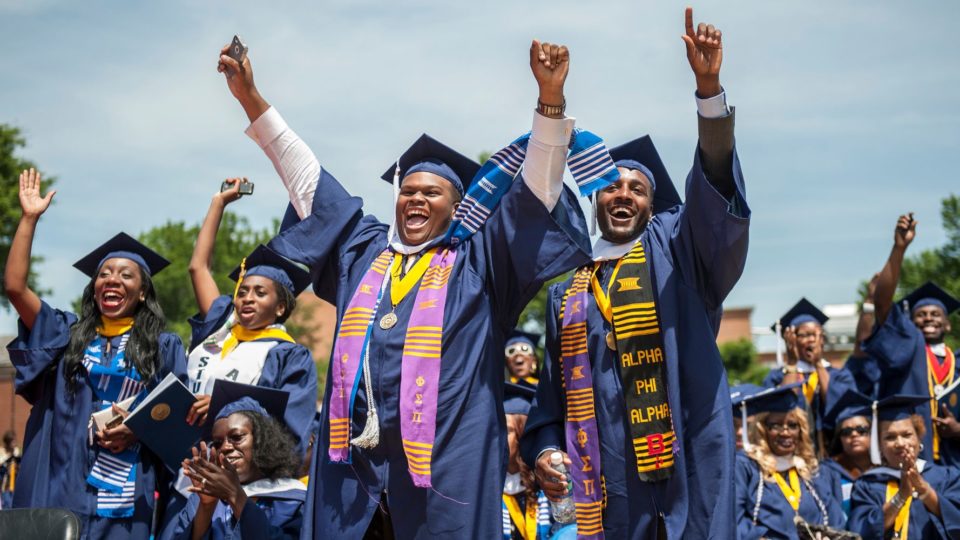 Bowie State University expects an 8% increase in enrollment, while Howard University (HU), which had a 15% increase during the pandemic, expects an even higher increase this year.

HBCU officials say the political climate and calls for racial justice are also factors in the enrollment boom based on student majors.

“We are attracting students who have a significant interest in social justice and an interest in addressing what they see as the ills of society,” Chief Academic Officer Anthony Wutoh added.

For some HBCU schools, the popularity of their alumni has led to an increased focus and enrollment. That includes Vice President Kamala Harris, who attended HU, voting rights advocate Stacey Abrams, who attended Spelman College, and Atlanta Mayor Keisha Lance Bottoms, who attended Florida A&M University.

Additionally, HBCU athletics is also enjoying the moment as top basketball and football recruits have committed to HBCU schools. Additionally, actors and athletes have partnered with HBCU schools for several showcase tournaments.

An HBCU provides a way to achieve higher learning with like-minded students who share the same experiences and fears about entering college as other Black students.

Due to the rise in enrollment and awareness of racial inequity, a number of national and international corporations have also entered talent pipeline partnerships with HBCU schools. Google, Microsoft, JPMorgan Chase, Boeing, and many others have committed funds and resources to HBCUs.

The attention and awareness have brought popularity to HBCU schools and young Black boys and girls who, for the first time, are realizing there are many doors to success and prosperity open to them that they did not know about.