Here’s How the Every Student Succeeds Act Could Help Gifted, Black Students 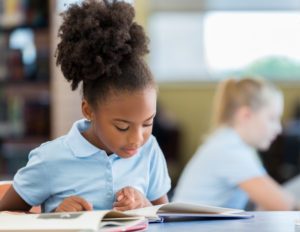 When I attended an education seminar for journalists about two years ago, a Long Island principal, one of the few whites in the room, said, “There is racism in education,” before going on to describe his efforts to dismantle barriers that had kept many black students from taking Advanced Placement classes at his high school.

Gifted, honors, AP, and International Baccalaureate programs may become more diverse nationwide if requirements of ESSA, or the Every Student Succeeds Act, roll out in the fall as expected.

According to Education Dive, ESSA will require that schools report the numbers of academically advanced students, and statistics on “how certain student groups are faring in terms of high academic achievement.” The data is expected to reveal stark racial disparities in accelerated education, and enable schools, districts, and states to remedy inequities.

Perhaps soon more efforts will be made to ensure that gifted kids of color, including English language learners, are provided access to programs for accelerated learners.

Here’s an excerpt from an important series on bias in education, Beyond Bias, by Education Week. But if you can, be sure to read the whole post, which looks specifically at bias in gifted or honors education.

It’s no secret that gifted and honors classes are often whiter and wealthier than their schools as a whole.

At every stage of students’ educational careers, the pipeline to academically advanced study narrows for many low-income and minority students. Research suggests that years of little biases add up, shaping who gets identified for gifted education and advanced courses and how many hoops they jump through to do so. And with politicians and policymakers increasingly focused on promoting rigorous, “college-ready” coursework, those leaks can leave thousands of the most promising students behind.

Here in Elk Grove, a suburb of Sacramento, California, the school district has invested more than $860,000 in overhauling the gifted- and advanced-course procedures that unintentionally discriminate against poor and minority students. In the process, teachers and administrators are learning how to see students’ potential in new ways.

“It’s a very challenging process,” said John B. Diamond, a University of Wisconsin-Madison associate professor of educational leadership and policy analysis who studies bias in schools.

“When people see evidence of disparities, they tend to filter it through preconceived ideas about kids’ desire to learn or families’ capacity to be involved,” he said. “Part of the challenge is helping people see how their practices can exacerbate disparities.”

Access to advanced courses remains a pressing issue too.

From 2003 to 2011, the portion of low-income white 4th graders who scored at the advanced level in mathematics on the National Assessment of Educational Progress rose from 2% to 3%. Low-income black and Hispanic students showed no gains during that time, with 1% of Hispanics and, statistically speaking, zero percent of black 4th graders reaching advanced scores on the math NAEP.