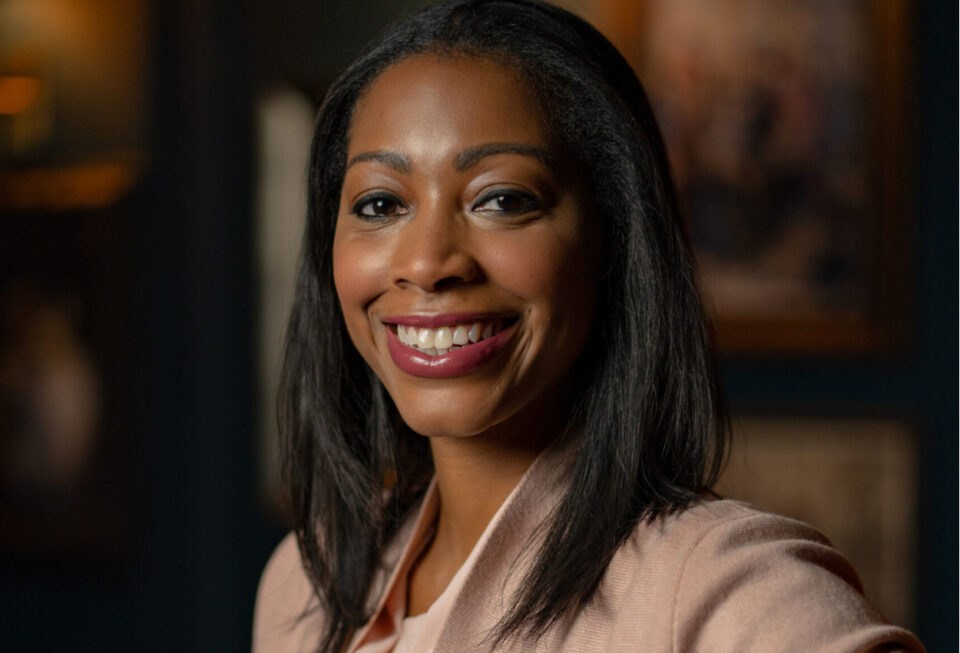 Born and raised in Brooklyn, the vice president of Fox Lifestyle Hospitality Group, Oneca Maffei, will tell you being in the hospitality and restaurant industry was not something she planned for.

“I wasn’t the child that knew specifically what I wanted to do,” Maffei told BLACK ENTERPRISE. “You know I didn’t come out of the womb saying I want to be a teacher or a doctor, I had a lot of interests and passions and I really just wanted to live an intentional life that was positively, consistently impacting people, so from a young age I knew I had the ability to connect very quickly and I was good at guiding individuals to channels where I knew they would thrive but I didn’t know that was a job.”

The Brown University alumna began working in the hospitality industry as a hostess and in the retail industry for L’oreal, Bloomingdales, and Barney’s. She also went to culinary school because as Maffei put it, “I didn’t know how to boil water.”

Maffei admitted that she fell in love with providing an experience for people, and has done just that with the Parlour Room, which Maffei is a partner in. She describes it as an eclectic, romantic whiskey emporium in the middle of Manhattan, sporting more than 400 whiskeys behind the bar and several menus.

The restaurant opened last December on 70 West 36th Street, two blocks from Macy’s flagship store on 34th Street. The Parlour Room’s atmosphere is warm and inviting, as the restaurant is draped in velvet, with a chandelier, and a fireplace. Mixing its whiskeys with an extremely thoughtful cocktail program with a bevy of spirits makes the Parlour Room feel even more enchanting.

Maffei’s journey to The Parlour Room started when she was hired by the Fox Lifestyle Hospitality Group as its human resources director. Maffei hit the ground running in the position, doing a lot of work outside of her typical tasks. That got Maffei a promotion to vice president and, less than a year into the role, she began thinking of how the group could expand.

When she found out a space opened up next to The Ragtrader, a restaurant owned by the Fox Group in midtown Manhattan, Fox Hospitality President Mark Fox asked Maffei to be a partner in the next restaurant, which eventually became The Parlour Room.

“It was extremely exciting to get the offer to be a partner and I was happy because I get to use both the creative and analytical sides of my brain, while also having a firm grip on the people and culture side of the company because I was already vice president.”