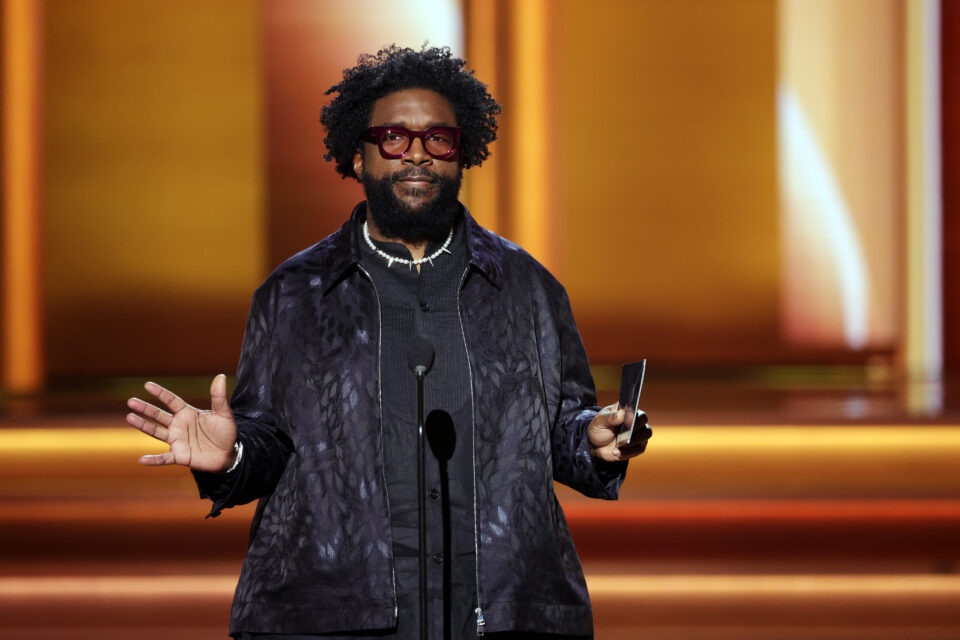 With the memory of last week’s controversy still on the minds of audience members, The Roots’ member Questlove had a response to make sure to avoid any semblance of that incident repeating itself at last night’s GRAMMY presentation.

According to E News Online, Questlove spoke about the incident from last week when his Oscar win was marred when Will Smith struck Chris Rock on stage right before the drummer received his coveted honor for Outstanding Documentary Feature for his documentary, Summer of Soul.

During the 2022 GRAMMYs presentation on April 3, Questlove was onstage inside the MGM Grand Garden Arena in Las Vegas to reveal the winner for Song of the Year. While on the microphone, Questlove said,

“Alright, I am going to present this award and I trust that you people will stay 500 feet away from me,” he said before saying, “Just joking.”

He did acknowledge that this moment is special and memorable for whoever wins.

“And you know, this is now a special moment for someone. And we’re going to make a memory for them tonight.”

Questlove wasn’t the only one who made a quip referring to the Smith/Rock controversy.

As this year’s GRAMMY host, Trevor Noah started the show referencing how the awards show would be compared to last week’s Oscar presentation. Even stating that they will be “keeping people’s names out of our mouths,” referring to what Smith shouted as a warning to Rock.

“Don’t even think of this as an award show,” Trevor said. “It’s a concert where we are giving out awards, we will be listening to music, dancing, sing, keeping people’s names out of our mouths, and we are going to give people awards all throughout the night. So let’s get straight into it.”

Before the show’s airing last night, it was revealed that Questlove’s Summer of Soul documentary won the award for Best Music Film.