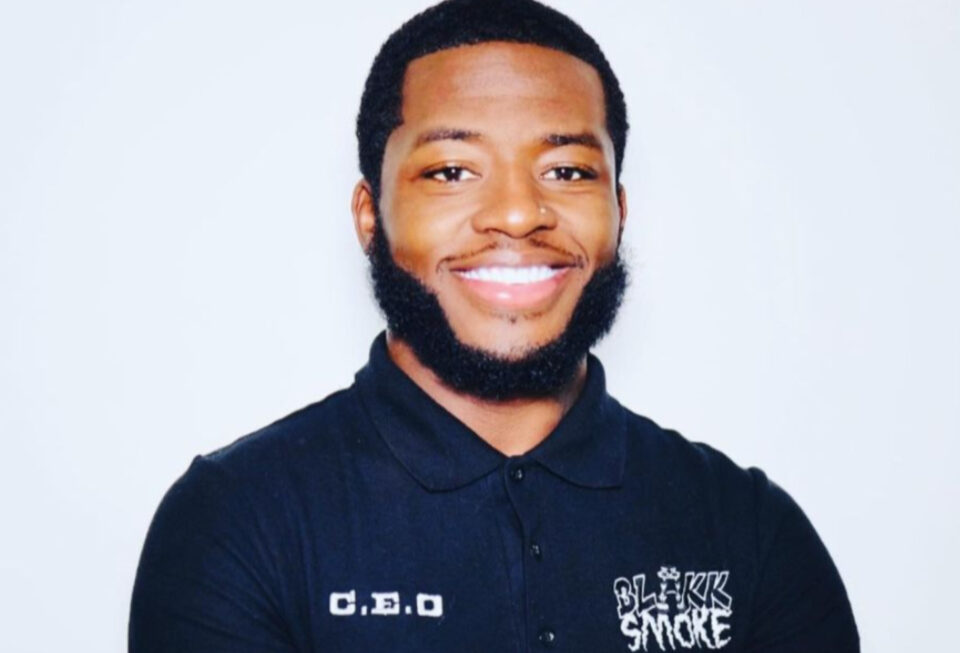 For Blakk Tatted, the owner and visionary behind the groundbreaking Blakk Smoke hookah brand: Plan A always had to work. He leveraged his resilience and grit to lead him to where he is today, attracting $1.2 million in under nine hours.

Some may call him an overnight success thanks to his loyal customer base. The New Orleans native believes just that.

“My journey wasn’t overnight,” Tatted said, according to a July interview with Zenger News.

“I look at myself as an overnight success, which is not a bad thing. That is a blessing because none of us would choose to wait 10 to 20 years if we had the option. We put in the work for years, waiting for that one day and that one moment to hit.”

The 33-year-old music artist and entrepreneur is celebrated in his hometown as the “New Orleans Dip King.” The crown brought a large following on Instagram and Facebook as he captured viewers with his viral comedic skits, dip moves, and showcasing of business products.

“Things today are far beyond what I could’ve imagined or even prayed for,” Tatted said in an interview for Authority Magazine, of his early mistakes and failures.

“The reason grit and resilience [led] to my success is because I was adamant about not giving up. I never created a Plan B because Plan A had to work.”

The fame would establish a fan base that would provide ongoing support to his business endeavors all the way. Tatted grew tired of putting money in major corporations’ pockets, so he launched Blakk Smoke, a passion-turned-multimillion-dollar hookah brand offering premium, real fruit-infused hookahs and accessories to the masses.

With this brand, Tatted has created a remedy. According to the brand’s website, hookah lovers can enjoy the countless flavors without the “lightheadedness, headaches, and scratchy throats” attributed to tobacco and nicotine.

“I hated that despite never smoking anything else, I was still getting horrible side effects from smoking hookah with nicotine/tobacco,” Tatted recalled in the magazine interview.

“This made me passionate to create a healthier alternative to smoking hookah without the option of having to inhale nicotine and tobacco. That’s where I can honestly say it started for me.”

That’s right — Blakk Smoke has zero tobacco and zero nicotine in its products. He is also proud to have released a line of on-the-go hookah pens earlier this year. The portable pens come in several flavors, including blueberry mint, sweet bubble gum, tropical fruit, and more.

Tatted’s milestone is no easy feat, but he credits the overflowing sales to his intentional connection with his customer base.

“My trigger point is to connect with people, genuinely build a bond and connect because today, you have internet cousins and people you talk to more on social media than your own family,” Tatted said, per Zenger News.

“If you connect with your audience and show people you care and are humble, and appreciate their support, then the support and sales will come. It makes them feel an obligation to support you. It’s like, I’m buying from my cousin right now,” he continued.

From launching his portable pens to smashing athletic sponsorships, Blakk Tatted is only looking forward. Even celebrities are backing the revolutionary product.