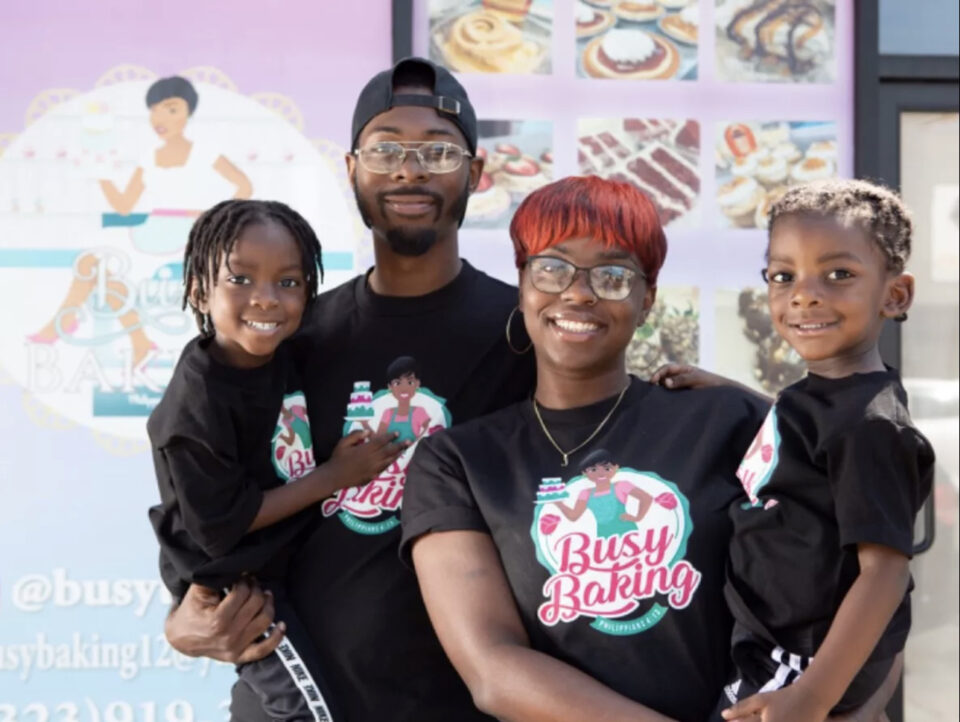 Through a series of TikTok challenges, Rowland is inviting her audience to swap cow’s milk for dairy-free alternatives thanks to a collaboration with Silk—a Danone-owned vegan brand with a line of dairy-free products. The #SwapItWithSilk taste challenge is part of the partnership that aims to demonstrate that the dairy-free alternative is a viable swap for the cow-derived version.

On Tuesday, the 41-year-old mom and entrepreneur revealed on TikTok that LA-based Busy Baking, operated by Re’Gine Terry, is one of her favorite bakeries. The ad campaign shows Rowland pouring herself a glass of Silk Oatmilk while letting viewers in on her next challenge.

“Happy Black Business Month! I asked my favorite Black-owned bakery, @busybaking, to swap out dairy milk for Silk Oatmilk in this delicious cupcake recipe. 🧁 Show me how you #SwapItWithSilk when you bake @lovemysilk!,” Rowland captioned the post.

With a side of milk, a box wrapped in a gold ribbon unveils a banana pudding cupcake which Rowland happily indulges.

@kellyrowland #ad Happy Black Business Month! I asked my favorite Black-owned bakery, @busybaking, to swap out dairy milk for Silk Oatmilk in this delicious cupcake recipe. 🧁 Show me how you #SwapItWithSilk when you bake @lovemysilk ♬ original sound – Kelly Rowland

“It’s also mainly the taste for me and that it is a Black-owned business, Rowland said, per Afro Tech. “I think it’s important for us to change the focus, specifically, because we don’t get opportunities like this.”

“It was such a surreal moment to know that Kelly would be eating my stuff,” Terry responded, according to the outlet.

Terry’s baking journey started at Le Corden Bleu in 2011, straight out of high school. She worked in the baking industry after graduation, but life took its twists and turns. After becoming a wife and mother of two, baking took a backseat, but it didn’t take long for Terry to reunite with her passion. She started baking cakes for family and the clients she gained from hair braiding.

It wasn’t until March 2018 that Terry received an investment to open her own bakery. As a business owner, she felt the pressures of operating a brick-and-mortar shop instead of working from home.

In 2019, Terry realized the power of social media in giving her the exposure she needed for business. She received nods for a cake she made in tribute to the late Nipsey Hustle, which LA rapper Snoop Dogg soon reposted. Her Instagram followers skyrocketed as she continued to create custom cakes for different celebrities all over the United States.

“I am most proud of the fact that I can show other young people that you don’t need a lot of money to make your dreams work,” she said, per Voyage LA. “All you have is all you need. You can start your business at home and turn it into something that will one-day ship products all over the United States.”