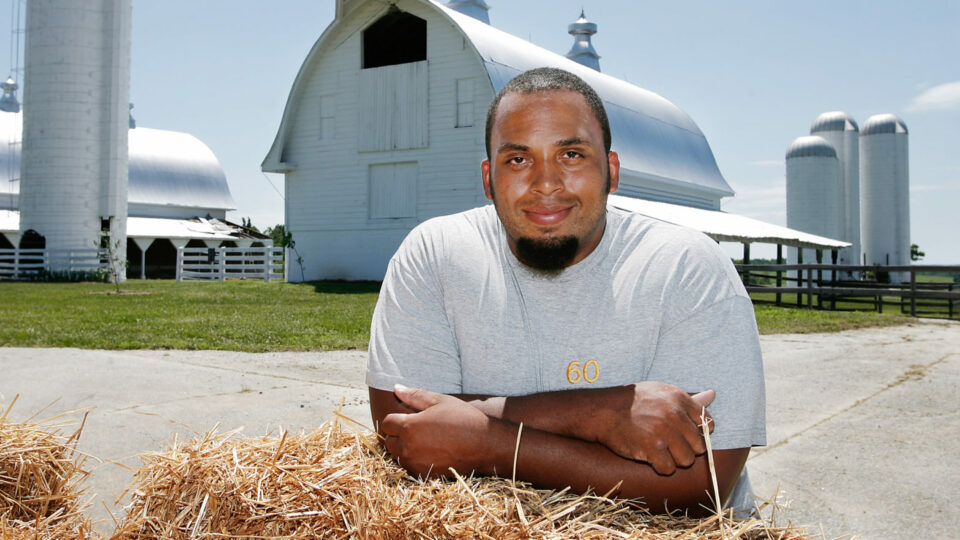 The year former NFL player Jason Brown stepped away from the game, he took a leap of faith to start a farm.

Just over a decade ago, Brown made a name for himself as the highest-paid center in the NFL. He began his football career as the fourth draft pick for the Baltimore Ravens and later signed a five-year deal with the St. Louis Rams franchise in 2009 worth $37.5 million.

Inspired by the life and service of his late brother Lunsford B. Brown II, the ex-St. Louis Rams player believed that there was something greater in store for him, TODAY reports. His brother passed away in 2003 while serving in Iraq, so he was determined to discover his calling in a new light.

When Brown turned down an offer to return to the Ravens, he attributed his decision to leave the game to his faith in God.

“People tell me I’m crazy, they downright tell me that I’m stupid, OK, to walk away from millions of dollars,” Brown said in an interview on the Tamron Hall Show. “Because if you have the opportunity to play in the NFL, then it’s supposed to be a no-brainer.”

In April 2012, the passionate husband and father set out to relocate back to his home state of North Carolina. Brown, his wife Tay, and eight children would later acquire a 1,000-acre farm in Franklin County, North Carolina, a few months later. They named it First Fruits Farm and incorporated the family’s Christian ministry, “Wisdom for Life,” — to share the Gospel of Jesus Christ.

In maintaining the farm, Brown learned the basics of farming on YouTube.

By 2014, First Fruits Farm, based in Louisburg, North Carolina, hosted successful events such as their first annual youth fishing derby. Harvesting opportunities were made possible through partnerships with the Society of St. Andrews, the Interfaith Food shuttle, and the Food Bank of Eastern North. These collaborative efforts saw more than 10,000 pounds of cucumbers and 100,000 pounds of sweet potatoes donated for local hunger relief efforts.

As First Fruits Farm enters a new decade, they have donated over a million pounds of food through Wisdom For Life.

“Seeing my children when we aren’t out there in the farm field and knowing that they’re learning life skills to help feed them and their families for generations to come, that is the blessing of a farm,” Brown said in an interview with TODAY.