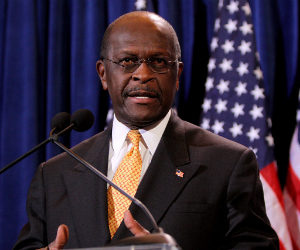 We probably won’t be seeing “Cain TV” anytime soon, but we should be able to get our Herman Cain fix soon. Fox News has announced that Cain has been hired by the network with an on-air role.

“I’m excited about joining the FOX family as a contributor because it is an opportunity to be one more voice for intelligent thinking in America,” Cain says.

He will be contributing analysis and commentary on Fox News, as well as Fox Business Network. Fox News’ executive vice-president of programming, Bill Shine, said Cain is “a valuable addition” in a statement released on Friday.

“As a political expert with business savvy, he brings an important voice to the nation’s debates,” Shine said.