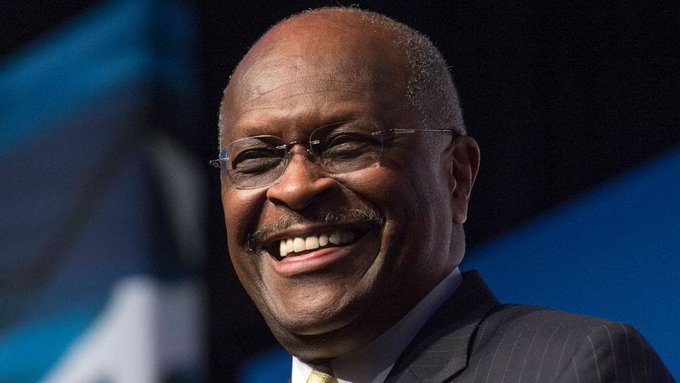 The coronavirus took the life of Herman Cain, but it left his Twitter account behind! Successful businessman and former Republican presidential candidate Herman Cain lost his battle with COVID-19 on July 30. On Wednesday, a message appeared on his Twitter account after Joe Biden, the presumptive Democratic presidential nominee, announced Tuesday afternoon that Sen. Kamala Harris is his running mate.

Just in case you thought Biden’s candidacy was going to be anything other than completely nuts, team Trump has released a new video. #JoeBiden #KamalaHarris https://t.co/GjAC8VDaVF

Y’all really think we are buying the BS you are selling? We didn’t when Herman was alive and we damn sure aren’t with him dead. The hell with #MAGA and @realDonaldTrump

Of all the things we don’t need right now, Herman Cain tweeting from beyond the grave after dying of COVID is very high on the list

Yo @TwitterSupport – people are using a dead person’s verified account to talk trash. This place has some standards, right? A little bit? @jack

You would think his first tweet would be: “wear a mask, trust me!”

How is Herman these days? Do you feel the Republican Party properly honored his passing? How where and when did GOP leadership do that?

Just in case you thought a Republican couldn’t sink any lower than bottom sludge, here ya go. Using a dead man’s Twitter account to attack @potus‘s opponents. A man @potus killed with his super-spreader event in Tulsa.

America, put a bag over your head.

“Hello. I’m Dr. Melanie Cain Gallo, and I am proud to say that Herman Cain was my dad. He believed in using his voice to teach, enlighten and give hope. It’s one of the ways he used this web site every day, and he wouldn’t have wanted that work to stop with his passing.

“First, the site and our social media platforms will now go under the name The Cain Gang. Dad came up with this name himself. He truly valued the sharp, creative, insightful minds of his editorial team and he would not want them to stop doing what they do best! As usual, he had the best branding ideas and we see no reason to try to improve on it.”