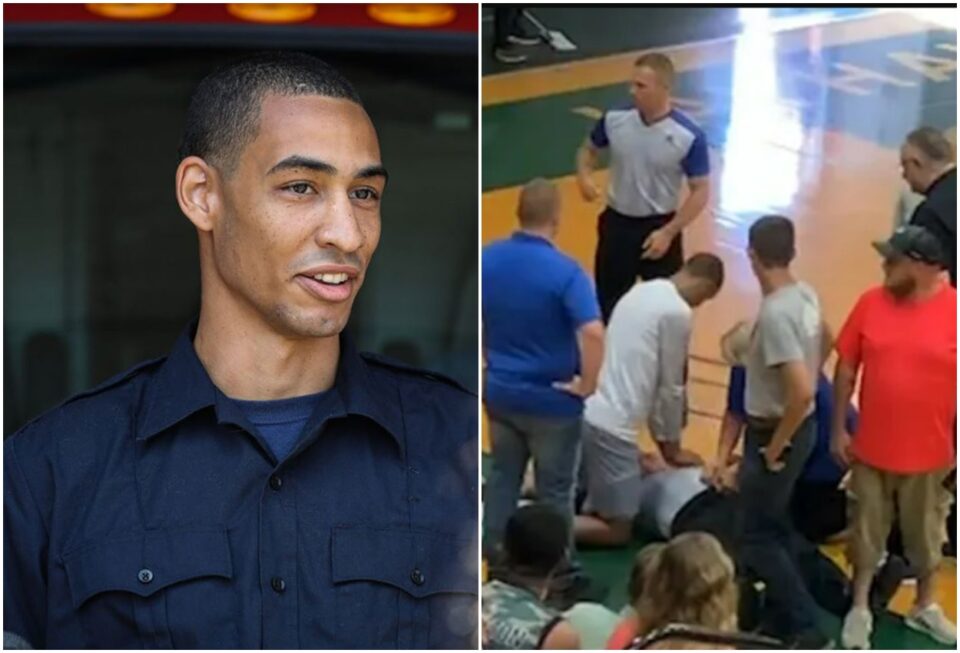 For Toledo firefighter Myles Copeland, saving a life comes with the job whether he’s in uniform or not.

When referee John Sculli suddenly collapsed from a heart attack, the 25-year-old firefighter put his training first while he performed CPR until emergency responders arrived on the scene.

“It’s what they train you for, run toward the emergency, don’t run away from it,” Copeland explained to WTHR 13.

Copeland doesn’t usually play with the traveling team, but David Magley, president of the basketball league, said the player had worked a 24-hour shift so he could participate in Saturday’s playoff game.

The ambitious player raced across the court when he and his team witnessed Sculli fall.

“I ran over to him, checked if he was OK, checked his pulse and his breathing, and I didn’t feel anything, so I instantly started CPR,” Copeland told Toledo TV station WTOL. He worked on him for 10 minutes before paramedics showed up.

Sculli who has been officiating sports for nearly 40 years was awake and alert by the time he left the gym and was transported to the nearby hospital.

Copeland was able to continue and end the game with a 96-93 Toledo win. He also assisted his team in winning another game the next day,

“Everyone since then has been calling me a hero. It just doesn’t click in my mind that I’m a hero. It’s just a small act that I perform. (It) feels like I just did CPR another day on the job,” Copeland said.

“I hear all these things about our young men, our young African American men, what they’re not, and what they aren’t, but he represents everything that’s good about our young people today,” said Magley. “There’s so many great young men that we see that never get to be seen like Myles, and I’m just honored that he plays in our league.”