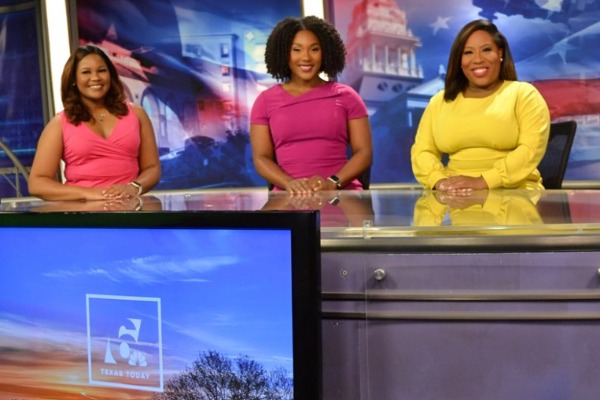 An NBC affiliate station out of Central Texas is making history after debuting the first all-Black and all-female team of news anchors.

Growing up with dreams of being a news anchor, Caldwell never expected to see an all-Black team of anchors in her lifetime.

“Growing up, I always saw all-white news anchors,” Caldwell said. “I didn’t think that there would ever be Black newscasts.”

“I knew there was always room for one, but I didn’t think that I would see three African Americans — male or female — permanently, all at one time. No way.”

Since their debut, the ladies have gained steam and made headlines for their historical TV debut. It’s a bold statement for the network, which Caldwell said had a diversity issue when she joined the team five years ago.

“When I first came to KCEN in 2017, we did not have any African American anchors. “It was completely different,” Caldwell told KCEN.

It’s a dream come true for the ladies who can recall feelings of not being represented on the news they grew up watching.

“I just think back to when I was a young girl and I used to watch the news with my parents and I never saw anyone who looked like me,” Moise said. “If I did, they were outside reporting in the cold.”

“It didn’t hit me then that nobody really looked like me, like the people I was watching growing up,” Carter added. “But then as I started to do it, people started to point it out, how there was not a lot of women who are Black and do the weather.”

“It kind of added on the responsibility of, OK, I didn’t get to see it growing up, and now little girls in this area are going to see me when they wake up, and now it can become a reality.”