High School Graduates Not Ready for College or Work 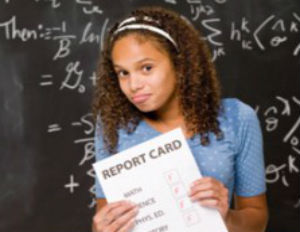 An article on CampusTechnology.com describes survey results that show that neither university professors nor prospective employers find American high school graduates to be well prepared. In areas like verbal communication and teamwork, high schools seem to be doing a decent job, the post says. But there were “major gapsâ€ in other areas, including critical thinking, comprehension of complex materials, work and study habits, and writing.

Before reading an excerpt of the article below, be sure to read the parent checklist recently released by the U.S. Department of Education. You can use it to ask questions at your child’s school and to tap into educational resources on the Web.

Here is the excerpt:

Neither university faculty nor employers believe that American public high schools are preparing students for the expectations they’ll face in college and career. In fact, compared to 2004, the assessment is even more dismal. More than a decade ago, for example, only 28% of college instructors stated that schools were doing an adequate job of readying students for what came next after high school. That count is down to 14% in 2015. Among employers, 49% in 2004 said that schools were adequately preparing students for what they would need for work; in 2015, the count was 29%. Part of the challenge, say students themselves, is that their high schools don’t set academic expectations high enough. Fifty-four percent said that they were only “somewhat challenged”; 20% said it was “easy to slide by.”

Those findings came out of a recent set of surveys sponsored byÂ Achieve, a national not-for-profit focused on education reform and consisting of state governors and business leaders that led the push for such developments as the PARCC consortium and the Next Generation Science Standards. In April and May the organization queried 767 college instructors, fairly evenly split between those who teach first-year students either in two-year schools or four-year schools, as well as 407 employers involved in hiring and other personnel decisions, divided closely between those who work at firms employing 26 to 100 employees and those employing more. These surveys follow one completed last fall that talked to 1,347 recent graduates from the classes of 2011 through 2014 about their sense of preparedness for life after high school. The survey work was performed by Hart Research Associates.

The faculty survey found that in two-year colleges, only 4% of instructors found students “most generally able to do what is expected.”