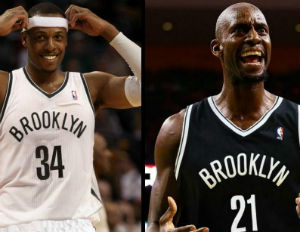 We all know NBA players make bank. But exactly how much do they really have coming in?

The folks at Business Insider put out a list of who they believe to be the 25 highest paid NBA players and some of the names on their list and how much they banked is simply mind-boggling.

BI says this is especially true for the players who played a substantial amount of their careers between the late 90’s and the 2011 NBA lockout. And as they put it: “While many of the all-time greats of the past 20 years are among the highest paid of all time, these years also led to some large contracts for some otherwise mediocre players.”

So who is the highest paid NBA player of all time?

Well, he’s still playing in the league today, and it is NOT Kobe Bryant.