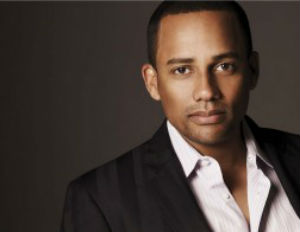 “Everything for me is filtered through educational achievement,â€ Harper says. “I couldn’t be more proud to work with the National Honor Society.â€

In high school, Harper himself was a member of NHS. He says the organization’s help and principles continue to guide him. But what he appreciates most about its current campaign is that students don’t have to be members to access the helpful tools and resources.

A successful actor who now stars in Limitless, Harper says, “You don’t need a high school diploma to do my job. But that’s not the point. The whole point of education is to expand your options, not limit them. Young people need to study, not so they can do a particular job–but so they can become a more learned person, a better critical thinker.â€

Harper says the five pillars of the NHS speak to that:

A national survey of the NHS shows that 72% of college admissions officers recommend that students begin preparing for college in middle school; yet, 52% of middle school students had not yet begun to prepare for college.

That’s why the campaign’s emphasis is on now. Harper and the NHS say it’s never too early to begin preparing for your future.

“They thought that was unrealistic because they didn’t know anyone who had gone to Harvard,â€ says Harper, who also has a foundation, Manifest Your Destiny, which works with underserved young people. “But it’s possible for everyone to figure out a path if they have a plan.â€

To help parents and students develop a plan, they can access useful tools and resources at HonorYourFutureNow.org.