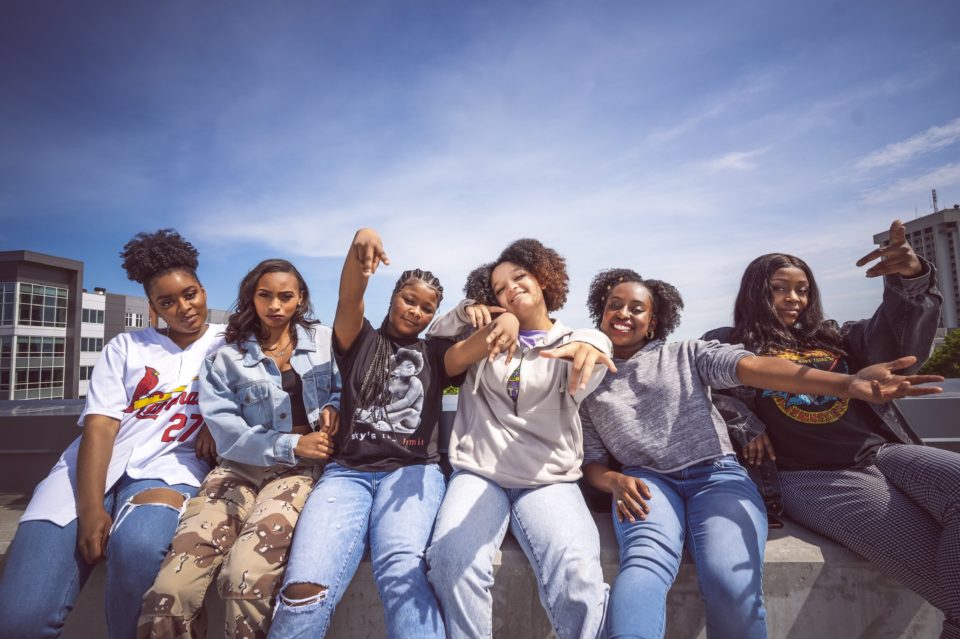 Black girls had an opportunity to amplify their voices through an album and "music mentoring initiative called The Black Girl Project. (Image: Twitter/ @DevineCarama)

Devine Carama is an Lexington, KY-based activist and hip-hop artist on a mission amplify the voices of Black women through “The Black Girl Project.” Per LEX 18, young women had an opportunity to write, then grab the mic and record an album using their their creative voices.

“This album, yes, it’s about Black girls, but it’s also about uplifting,” high school freshman Javin Hausley said in the interview. “It’s about uplifting everybody”–including herself. Javin was able to express “her lived experience as a Black woman in America” through Carama’s empowering project.

“When it comes to the contributions and voices of Black women, when some of the inequities we see were highlighted in regard to health, COVID, who was on the front lines of the social unrest, it was Black women putting it on the line,” Carama told LEX 18. “And when you think back on our history, they’ve always put it on the line. Always. So, I wanted to do a project that highlighted black women. Period. Black girls growing and maturing into black women. The pressures that they feel. The double standards that they deal with.”

On July 1, Carama elaborated about his mission to provide “more platforms for women of color” by providing an expressive vehicle fox six young Black women to talk about their journey through music.

“3 University of Kentucky students, my oldest daughter Ollice Spaulding who will be attending UC, and 2 middle school students from Crawford Middle School, came together as ‘Agents of Change’ to create the ‘Black Girl Project.’ This musical mentoring initiative gave these young queens the space to unearth some things that many Black girls face on their way towards maturation in a world that often forgets they exist,” Carama wrote on Facebook.

Carama’s LinkedIn account reveals more pieces of an artist’s journey to uplift others: He’s a community activist, motivational speaker, socially conscious hip-hop artist, instructor and youth activist. According to his account, Carama’s music has even led to having opportunities to open up for some of music’s biggest stars such as J. Cole, Talib Kweli, LL Cool J, Black Eyed Peas and De La Soul. However, Carama’s attention was initially focused on playing professional baseball. According to Spectrum News 1, he “played in minor leagues after being drafted by the Cleveland Indians in 2001.”

“Around the time I got drafted, I had my two oldest girls. I actually got a late start in hip-hop and hip-hop is usually kind of a young man’s game. But I was 28 years old when I released my first official album. I didn’t really start getting into music until my sports career was over,” Carama said.

As the creator of Kingtucky LLC–“an arts and entertainment company created to provide alternative based entertainment with a focus on hip hop, poetry, and live music”–Carama is equipped to teach young Black power to empower themselves through a lyrical art form.