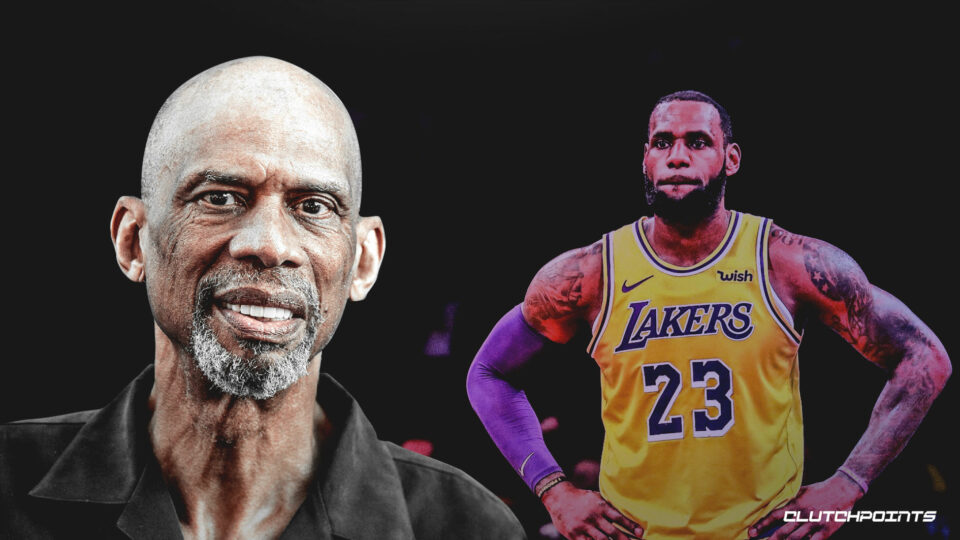 Last week, the current Lakers superstar posted a meme that has been circulating around the internet where there are three Spiderman characters pointing at each other and are each labeled “COVID, cold and flu.” He captioned the meme, “🤷🏾‍♂️ Help me out folks.”

With the posting of this meme, there have been people who feel he has added to the confusion and contributed to more vaccine hesitancy that is already an issue within the Black community. Abdul-Jabbar added his thoughts to the conversation and criticized James in a newsletter saying that the meme by James “was a blow to his worthy legacy.”

Earlier this week on Dec. 27, Abdul-Jabbar posted an online response titled “Dear LeBron: Here’s the COVID-19 Help You Requested in Your Spider-Man Meme.”

The NBA Hall of Famer goes on to state that he will help James with an “explanation” since he “doesn’t understand” the difference between the three illnesses. Although that information has been presented in the press.

Abdul-Jabbar brings to light several factors presented by resources like the government and the CDC (Center for Disease Control). He writes that unvaccinated people are “9 times more likely to be admitted to the hospital and 14 times more likely to die from COVID than those vaccinated.” That number actually rises to 20 times when compared to individuals who have gone and taken a booster shot. By James posting this “uninformed meme,” “King James” is encouraging vaccine hesitancy “which puts lives and livelihoods at risk.”

“While LeBron is a necessary and dynamic voice critical of police brutality against the Black community, he needs to be the same necessary and dynamic advocate with vaccines, which could save thousands of Black lives right now. The racism is just as real—and just as lethal—in both cases.”

Yahoo Sports! reported that James responded to Abdul-Jabbar’s post by stating he had no response but then gave one defending his stance.

“No, I don’t have a response to Kareem at all. And if you saw the post and you read the tag, you know that I’m literally, honestly asking, ‘help me out.’ Help me kind of figure it all out, like we’re all trying to figure this pandemic out. We’re all trying to figure out COVID and the new strain. And the flu, I think people forgot about the flu. People like literally forgot about the flu during these times, like that’s still going around. It’s flu season, so people have forgot about the flu. People have forgot about common colds. That happens, especially with a lot of our kids that’s in school. My daughter is in first grade, so a lot of these kids are getting like common colds and getting the flu. But no, I don’t have any response to Kareem. No. At all.”