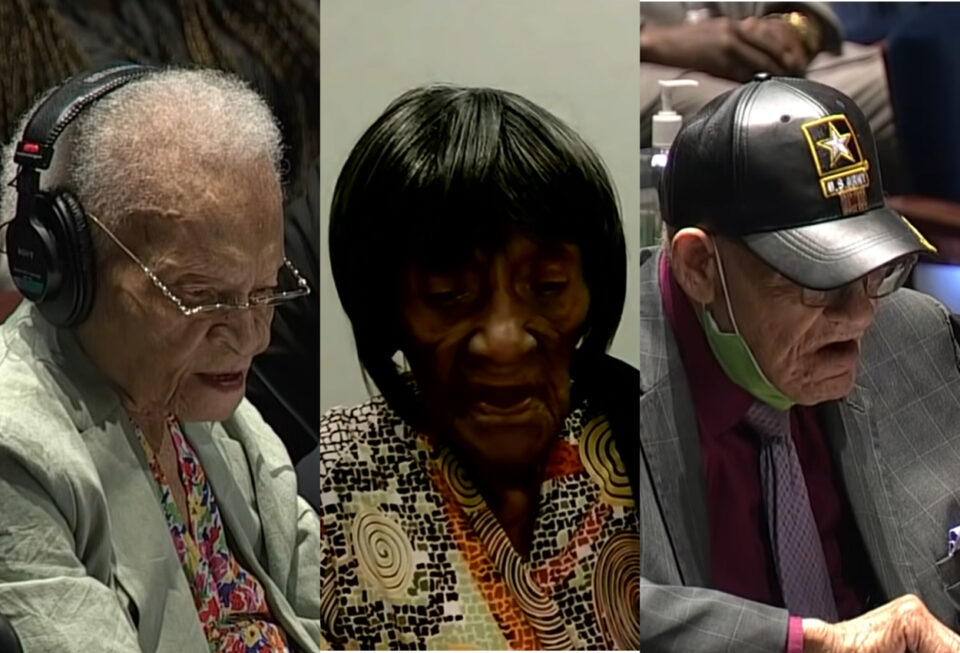 From May 31 through June 1, 1921, a large white mob completely decimated Tulsa’s thriving, all-Black community of Greenwood. The mob, which included members of the Tulsa Police Department, the Tulsa Chamber of Commerce, the Tulsa County Sheriff’s Department and the Oklahoma National Guard, as well as other city and county leaders, overwhelmed the approximately 40-square-block community, killing hundreds of Black residents, injuring thousands more, burning down over one thousand homes and businesses and stealing residents’ personal property.

The damage caused during the Massacre is estimated to be approximately $200 million in today’s dollars.

“This victory not only recognizes that the Massacre was a devastating attack on the Black community 100 years ago, but clears the path for our clients to prove that it was also a public nuisance that continues to harm the community today.”

“The Massacre deprived Black Tulsans of our sense of security, hard-won economic power and vibrant community,” says Solomon-Simmons, a Tulsa native, “and created a nuisance that continues to this day. The nuisance has led to the continued destruction of life and property in Greenwood in every quality of life metric — life expectancy, health, unemployment, education level, and financial security.”

“For the first time in over 100 years, the last three living survivors of the Tulsa Race Massacre will finally have an opportunity to hold accountable the institutions that instigated and facilitated one of the worst acts of domestic terrorism in this country’s history. While we are excited about the court’s historic ruling, this case is by no means over,” commented Michael Swartz, co-head of Schulte Roth & Zabel’s litigation group.

“We believe that discovery will unearth more facts of what truly happened at the Massacre; the plaintiffs and the public deserve a deeper understanding of the events and their aftermath, and a more accurate historical record.”

“We look forward to proving our case around the Massacre’s ongoing catastrophic effects and demonstrating the actions that defendants must take to repair and rebuild the Greenwood community during our clients’ lifetimes,” added Solomon-Simmons.

The Court dismissed certain plaintiffs and defendants, as well as the unjust enrichment claims, and further allowed plaintiffs to amend the petition to cure potential deficiencies that would strengthen their claims.