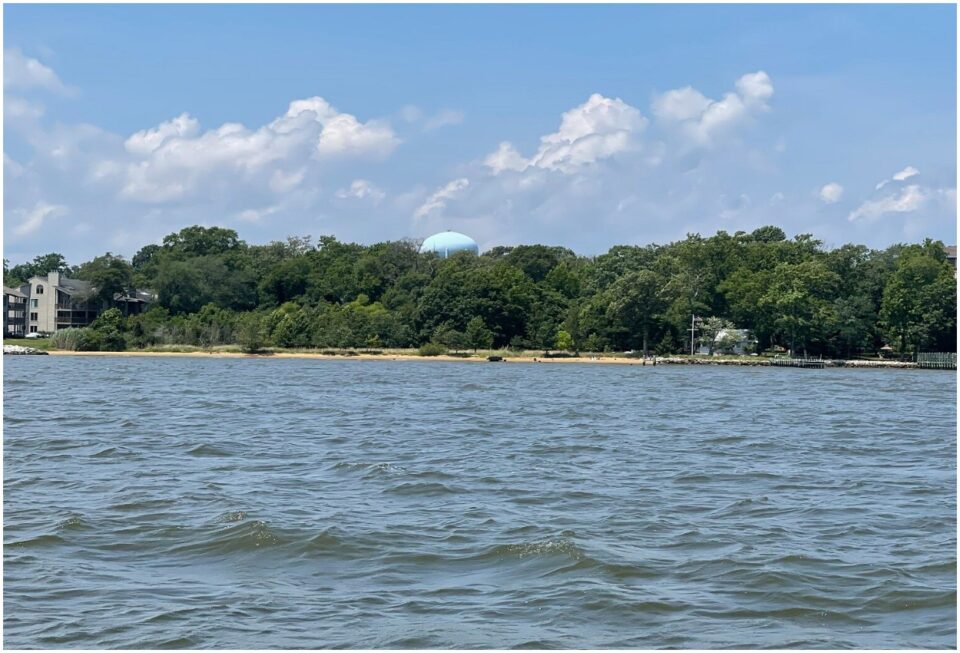 Blacks of the Chesapeake Foundation (BOCF) and Chesapeake Conservancy celebrated the news that Elktonia Beach, the remaining parcel of the Black beaches once owned by the Carr family of Annapolis, will become a city park.

With this acquisition and its planned uses, everyone will be able to access Elktonia Beach’s natural resources and learn more about Black history on the Chesapeake.

Elktonia Beach, a 5-acre waterfront parcel on the Chesapeake Bay, is the last remnant of the original 180-acre property purchased by Fred Carr in 1902. Carr’s and Sparrows Beaches were privately-owned and operated by Fred Carr’s daughter, Elizabeth Carr Smith and Florence Carr Sparrows. The “Beaches” (1930s-1970s), as they were called, represented the heart of entertainment throughout the mid-Atlantic region and welcomed Blacks during a time of segregation.

The City of Annapolis, Blacks of the Chesapeake, Chesapeake Conservancy and the state of Maryland entered into an agreement with The Conservation Fund to acquire the property through a patchwork of funding including federal, state and city Program Open Space funds. On Mar. 10, 2022, with the support of U.S. Senator Ben Cardin, the FY 22 spending bill also included $2 million in congressionally directed spending to the City of Annapolis, Maryland, to support a state and local partnership effort to establish and develop a city park.

“This is a dream come true,” said BOCF Founder and President Vince Leggett.

“Blacks of the Chesapeake Foundation has been working for 15 years to preserve the meaningful and unique aspects of Black history and culture on the Chesapeake Bay at the site of Elktonia Beach, the last remnant contiguous to Carr’s and Sparrows beaches. This parcel directly fronting the Bay is so much more than just a pin or dot on a map. It serves as a national case study for the preservation and conservation of African American sites.”

Leggett continued, “The perpetual preservation of Elktonia Beach as a city park will provide all residents and visitors to our capital city of Annapolis with direct access to the Chesapeake Bay. This property will serve as an authentic space to interpret and share the rich heritage of African Americans who sought recreation, leisure and entertainment in these safer places, away from segregation.”

“Chesapeake Conservancy is proud to partner with Blacks of the Chesapeake and The Conservation Fund to see this dream become a reality. This parcel of land is symbolic of a significant part of Black history in the United States, as well as an important part of the City of Annapolis’ history. We are so grateful to the many partners and elected officials who helped create what will one day be a city waterfront park open for everyone to enjoy the Chesapeake while honoring our history,” said Chesapeake Conservancy President and CEO Joel Dunn.

“This is a great day for everyone who has held a special place in their hearts for ‘The Beaches.’ Now this story can truly be told for generations to come.”

“We are grateful to Maryland Governor Larry Hogan, Maryland Secretary of Natural Resources Jeannie Haddaway-Riccio, Annapolis Mayor Gavin Buckley, U.S. Senator Ben Cardin and the private landowner who chose conservation for the future of this property. Also, thank you to our partners Blacks of the Chesapeake Foundation, The Conservation Fund and the Maryland Commission on African American History and Culture, as well as other supporters of this effort, including Maryland State Senator Sarah Elfreth and Anne Arundel County Executive Steuart Pittman,” continued Dunn.