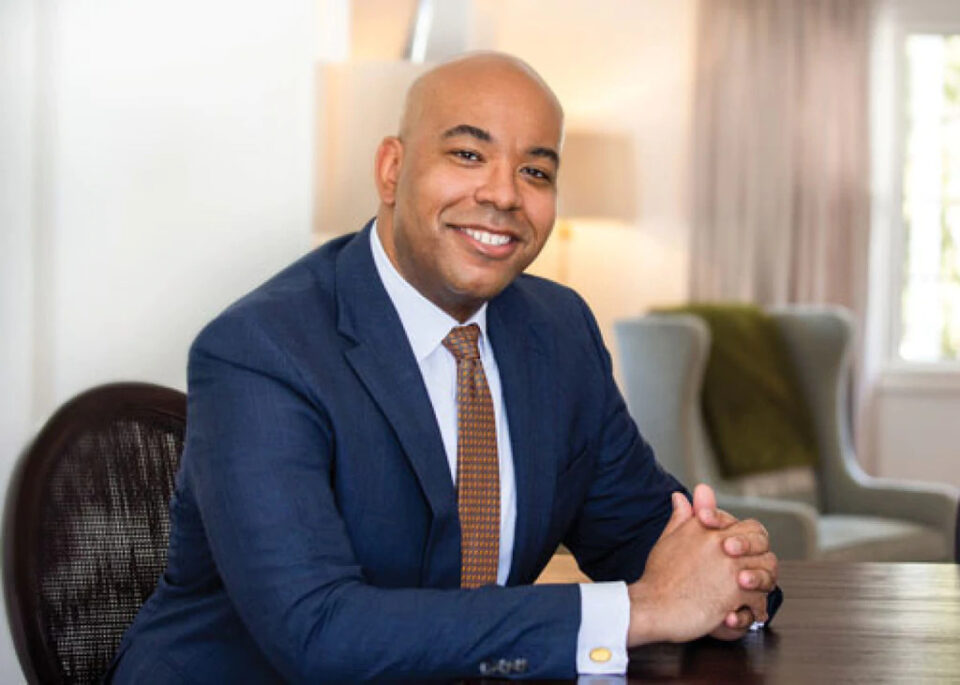 A Metro Detroit native and Harvard alum, Stephen L. Ball has been elected Harvard Law School’s new dean of students— making history as the first Black male to hold the title in over two centuries.

According to C and G News, the 36-year-old is the first Black male to serve in the role and the second Black person, following the previous appointment of a Black woman to the post.

A first-generation college student, Ball earned his bachelor’s degree in Political Science and a Master of Public Policy degree from the University of Michigan. In 2010, he graduated from Harvard Law School with his Juris Doctor. Now, he returns to his alma mater after serving in the political and nonprofit spaces.

In his most recent role at Wells Fargo, Ball’s work focused on elevating the financial services company’s efforts in diversity, equity, and inclusion as a senior vice president and strategy lead.

Noted for his commitment to mentorship and helping others, he has affiliated with several community service organizations, serving on the boards of directors of Mount Vernon Star Scholars in Mount Vernon, New York, and Young People Travel Global Edge, a Detroit-based nonprofit, and as executive sponsor of the NY/NJ chapter of Wells Fargo’s Black/African-American employee resource network, as per a press release.

“This is such a tremendous opportunity on both a professional and personal level,” said Ball in a press release statement.

“It builds on what I accomplished in my previous roles, while also allowing me to embrace an entirely new challenge. Being able to bring all of that together for a place that I care so much about is deeply inspiring. I am honored to have the chance to impact the student experience at HLS and looking forward to innovating and improving upon the terrific foundation that’s already there.”

In his new role, Ball will prioritize the “well-being of students” and “build and implement a strategic vision for how the office can most effectively support students.” He will also be responsible for ensuring students are supported throughout their law school experience, including programming, networking, and mentorship through the Bar process. Ball can use his experience as a beacon to maximize the students’ experience further.

“Stephen is warm, generous, caring, and dedicated to supporting the well-being and flourishing of all our students,” they wrote. “His time as a student here, his broad knowledge of our profession, and his demonstrated commitment to mentorship and to fostering the aspirations and talents of others make him an excellent choice to be our new dean of students. So, please join us in welcoming Stephen back to Harvard Law School.”