Horror Film 'Holla II,' The Sequel, To Be Released This Year 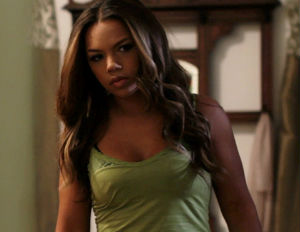 Holla II is the sequel to Coakley’s 2007 film, Holla, and gives audiences the perfect blend of bloodcurdling and amusing action for 90 minutes.

“I’ve always wanted to write movie scores and be involved in the greatness of producing a film. I look forward to working with DollPhace on this project. Building music around what you see and bringing life to moving pictures is a process of creativity I had to experience,” says Drumma Boy.

Holla II picks up [where the first film left off]–”after Monica’s mentally ill twin sister, Veronica, murders her fiancÃ© and friends. Monica starts a new life with a new face, new career, new friends and new name as Monique, and moves to Florida with her ex-fiancÃ©’s mother Marion. Six years later, Monique is ready to get married again to unsuspecting Robbie, her reggae/rock band mate. Family and friends convene at a South Florida plantation house, [the Douglas Plantation House]–with a haunting legacy–for the wedding, but the happy weekend soon turns into a nightmare as members of her wedding party begin turning up dead. Is history repeating itself or is it something even more sinister this time around?â€

The suspenseful comedy will leave crowds screaming as heads start rolling, but no death will be taken seriously as the witty punch lines and humorous script redirect everyone’s attention.

Are you ready to Holla? Take a look at the trailer below.