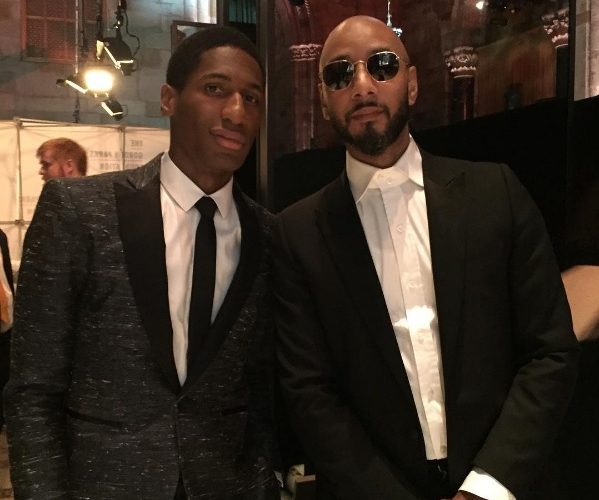 The Gordon Parks Foundation’s Annual Awards Dinner and Auction was a night filled with Hollywood elites and social consciousness, in celebration of the legacy of renowned photojournalist and film director Gordon Parks.

Each year, The Gordon Parks Foundation holds the annual ceremony to honor humanitarians, artists, and activists that are making a social impact.

The awards dinner also included a live auction, which raised over $1.3 million for the foundation’s artistic and educational programs and initiatives. At one point during the night, Swizz Beatz joked about auctioning off a date with his wife, Alicia Keys, for $1 million.

Lewis, who was presented with The Gordon Parks Foundation Award by Usher, expressed how Parks’ and the arts influenced his career in politics and activism.”If it hadn’t been for the arts, I don’t know what would have happened to me. The paintings, the drawings, the dance and the music inspired me,” said Lewis, according to The Hollywood Reporter. “Even when we were beaten or put in jail during the ‘60s, someone would just start singing a song. Even when we were marching on Washington in 1963, we were singing. The arts tend to liberate us and free us to be a little more human.”

On the red carpet, the civil rights hero shared a word of inspiration, encouraging the next generation of activists to remain vigilant and hopeful in the fight for social justice under the Trump administration.

Grammy and Academy Award-winning artist Common called Parks “one of the greatest American artists we’ve ever seen,” and expressed how honored he felt to perform at the event, reports THR.

“Gordon Parks has motivated me as an artist. His work, his photographs—they brought a story of black America and who we are in this country in a unique way,” he said. “He’s always inspired me. I used one of his photos for my album Like Water for Chocolate, and I got to participate in something where we recreated one of his photos. He’s always been an influence. So, when I was told that I could be a part of the Gordon Parks Foundation event, I wanted to honor him and pay respect to where a lot of this has come from.”