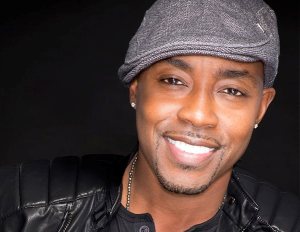 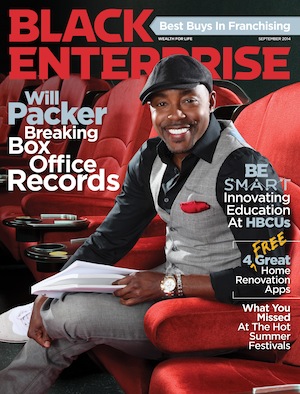 Will Packer produces some of Hollywood’s most profitable hits. Just check out his track record over the past decade: His 12 films have collectively grossed more than a half billion dollars worldwide with six opening at No. 1 at the box office. This year he accomplished the rare feat of producing two films — Ride Along and the remake of About Last Night–that placed among the top six in box-office rankings at the same time.

One of Packer’s biggest hits, Think Like A Man, opened at No. 1 and ranked among the 35 highest-grossing U.S. films of 2012, pulling down $96.1 million worldwide. But it was Ride Along that confirmed Packer’s star status among the producer set: The buddy cop flick co-produced by and starring Ice Cube, along with funnyman Kevin Hart, not only took the No. 1 spot but generated record-breaking receipts totaling more than $41 million during the Martin Luther King Jr. holiday weekend. The film went on to lead the box office for three consecutive weeks and ranks among the top 15 highest-grossing films for 2014, thus far, with a worldwide take of more than $150 million–an elusive threshold for African American producers. And Packer’s new release, crime thriller No Good Deed starring Taraji P. Henson and Idris Elba, is expected to break box-office records this fall.

Such boffo performance has made Packer one of the most bankable producers in Hollywood. “I have been very pleased with the performance of all my films,â€ says Packer. “It’s not by accident, and I don’t believe in luck. It is definitely a strategic approach to the way I make and market these films that has allowed them to surpass Hollywood’s expectations.â€

His formula: casting Hollywood veterans and newcomers from various media. “I seek out people who are going to be great marketing partners. I am partners with my cast, with the studio, and with my directors,â€ says Packer. “We are all working toward releasing the film successfully.â€

Another movie magic ingredient includes one of the hottest names in comedy, Kevin Hart, who represents the Leonardo DiCaprio to Packer’s Scorsese. Hart is currently filming Ride Along 2 and is slated to star with Samuel L. Jackson in The Black Phantom, co-produced by Packer. Hart is also the co-star of The Wedding Ringer, an action comedy set for release in 2015.

Hart has earned his moment, notes Packer. “Kevin is my guy. He’s got such a tremendous work ethic. When you get an opportunity to work with somebody that hustles as hard as you do –and I have a real drive–it’s amazing.â€ Hart says Packer came into his life at the peak of his comedy career. “We met for lunch and hit it off immediately. His pitch was solid and before I knew it, Think Like A Man was being shot. Since then Packer has helped my career. I understand the business inside and out now. I also understand how important relationships are in this business,â€ he adds, noting that Packer is hands-on with his cast members.

Packer has built a solid track record in Tinseltown since the 2000 cult movie Trois hit the screen. It was produced by Packer and directed by his former business partner Rob Hardy under Rainforest Films, the production company the pair co-founded 20 years ago. The self-distributed indie grossed $1.2 million and launched a specialty shingle for the duo. Rainforest would produce 17 more feature films (including straight-to-DVD), connecting with an ever-evolving African American audience by presenting various segments of urban life and issues.

Packer is now a solo act, segueing into his new eponymous venture: Will Packer Productions. The 40-year-old filmmaker has parlayed his success into a two-year, overall development deal with Universal TV to produce network television programs as well as a three-year, first-look movie production agreement with Universal Pictures. He will create new TV and film projects through his production operations in Los Angeles and Atlanta, making him one of the few non-writing African American producers with an overall deal at a major studio.

“That is a testament to my success. Universal stepped up and said that they wanted to be in business with me and they’ve invested in me and shown a lot of faith in me,â€ Packer says.Â  “I have a financier and a distributor.â€

Says Universal Pictures Chairman Donna Langley, “Will is driven by boundless energy that drives his relationships and permeates his films. We’ve cherished our experiences working with him on Ride Along and cannot wait to collaborate with him on more films.â€

That sentiment is echoed by Bela Bajaria, executive vice president of Universal Television, who is banking on Packer to bring his moviemaking expertise to the small screen. “We have been impressed by Will’s keen eye on the feature side with the several hit movies he’s produced.â€

The Universal deal will not interfere with his activities as an investor in Bounce TV, a digital television network he co-founded in 2011 with former United Nations Ambassador Andrew Young, civil rights activist Martin Luther King III, and Rob Hardy.

Take One
A native of St. Petersburg, Fla., Packer graduated magna cum laude from Florida A&M University in 1996 with a Bachelor of Science in electrical engineering. It was at FAMU that he began making films with his Alpha Phi Alpha frat brother Hardy, a mechanical engineering major. In 1994, he produced their first film, Chocolate City. Hardy wrote and directed the $20,000 film about a young man’s experience on a black college campus. Packer persuaded Blockbuster to distribute the film through its national video stores. Chocolate City grossed $30,000. “I helped him to finance, distribute, and cast that film, and ultimately take it to profitability,â€ Packer says.

That same year the duo formed Rainforest their Atlanta-based film production and distribution company. Trois was their first post-college movie, made for less than $200,000 with funds pooled from a group of Atlanta-based investors, including familyÂ  …

Check out the full interview in the September issue of Black Enterprise magazine, on newsstands now.