Hollywood Powerbroker Charles Kings Talks Getting Paid For Your Craft 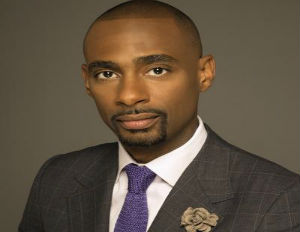 Charles King is a trailblazer, who rose from the mailroom and training program of the William Morris Agency to Hollywood agent, becoming the first and only African American partner at William Morris Endeavor (after the merger of the two entities). Throughout his career, he has become known for discovering emerging talent and creating multi-layered brands that extend over a rapidly changing media landscape. King was one of the first people in Hollywood to recognize the immense talent of Tyler Perry and has represented the multi-hyphenate for over ten years. His strategic, long-term thinking has put him at the center of some of the most innovative deals in the business.

King will be on hand to talk about Hollywood deal making during the session “The Business of Entertainmentâ€ at the 2015 Black Enterprise Entrepreneurs Summit in Atlanta (May 13-16). He will share some insights on how artists can get their films financed and distributed.

King has represented a wide breadth of culture-impacting talent in every sector of entertainment during hisÂ 15 yearÂ tenure. Named by Black Enterprise as one of the “Top 50 Powerbrokers in Hollywood,â€ King, 45, is noted for an impressive client roster ofÂ  acclaimed and emerging filmmakers, including M Night Shyamalan. He is a member of the team for media mogul Oprah Winfrey and represents mega-pastors and author/producers Joel Osteen and Bishop T.D. Jakes.

His reason for starting his own company can be summed up in one word: diversity. “There were two major catalysts that propelled me to move to LA and enter the industry over fifteen years ago: my vision to build a media company one day and the knowledge that what I saw on screen did not fully reflect the spectrum of who we are,” notes King. “It’s clear to me now, as it was then, that there’s a growing appetite for content that serves the more diverse world we live in.”

Joining King to talk “The Business of Entertainmentâ€ are Django producer Reginald Hudlin and entertainment attorney Christine White. The panel will discuss how to manage a career in show business as well as how to generate profits across multiple streams of revenue.

The 2015 Black Enterprise Entrepreneurs Summit hosted by Nationwide, May 13-16, 2015 at the Hyatt Regency Atlanta. Expect innovative sessions, high-powered speakers, and an early peek at the products, trends, and services you’ll need to stay ahead of the curve. Be sure to enter our Elevator Pitch Competition to qualify for the $10,000 grand prize. To register and find out more, visit www.blackenterprise.com/es/.Â Join us at the Entrepreneurs Summit, Where Innovation and Capital Meet.