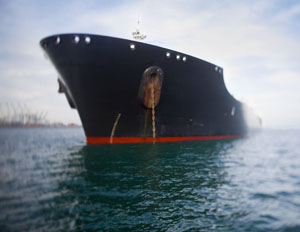 Many are remembering the 70th anniversary of the Japanese attack on Pearl Harbor by commemorating the lives of those who survived and were lost in the attacks. Several have taken notice of Doris “Dorieâ€ Miller’s story. TheÂ  mess steward–the first African-American to be awarded the Navy Cross– sprung into action after the planes hit.

West Virginians are honoring him and others who helped aboard the USS West Virginia at its mast, located at West Virginia University’s Morgantown campus.Â  That part of the ship was recovered from the vessel when it was scrapped in 1959.

Former Black Panther and convicted cop killer Mumia Abu-Jamal will be spared the death penalty. The announcement came Wednesday after prosecutors in Philadelphia decided the execution case would be dropped.

Abu-Jamal will spend the rest of his life in prison without the possibility of parole, said Seth Williams, the district attorney of Philadelphia.

Tate was born in Macon, Ga., and grew up in Philadelphia.

In the late 1960s and early ’70s he had three top 20 R&B hits, including “Get It While You Can,â€ written by his longtime producer Jerry Ragovoy and made more famous by Janis Joplin. He made a comeback in 2003 with his Grammy-nominated release of Rediscovered.

The campaign manager for 2010 Republican gubernatorial candidate, and former Maryland governor, Robert Ehrlich was tried and found guilty of election fraud based on an attempt to suppress the African-American vote by authorizing the use of misleading robocalls.

The 23-second calls targeted at 110,000 homes in Baltimore City and Prince George’s County — the two largest black-majority jurisdictions in the state–started three hours before polls closed on election night in 2010. The message told voters that they could stay home.

Incumbent Gov. Martin O’Malley and President Obama, the voice on the phone explained, had been “successful.” The caller encouraged voters to just “watch the returns on TV.”

Hustle and Flow actor Terrence Howard was ordered to stay 100 yards away from estranged wife Tuesday after allegations that Howard threatened and hit her repeatedly during their marriage. The Oscar-nominated performer denies the claims.

The restraining order remains in effect until a Jan. 17 court hearing.