Hoosiers Head to the Polls Early 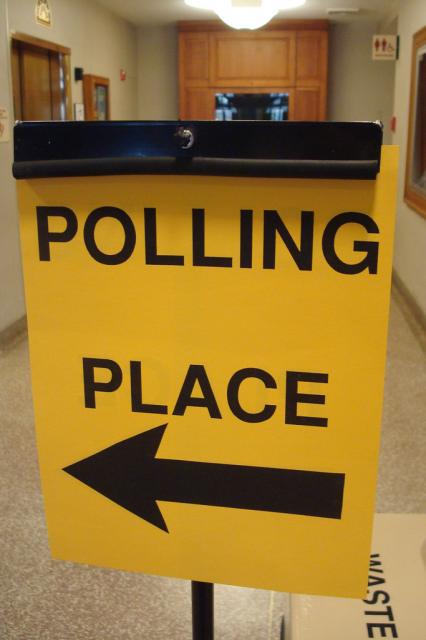 INDIANAPOLIS, Indiana — Randy and Nicole Fields braved the early morning chill and were near the head of a long line at their northeast Indianapolis polling place when voting started in Indiana at 6 a.m.

“Obviously, it is my civic responsibility [to vote],â€ Nicole Fields said as she left. “But this is such an historic election and it is my opportunity to be a part of that history. I made sure I got here early.â€

Indications were that early Election Day voting was going smoothly in Indiana, where late presidential polls showed Republican Sen. John McCain and Democrat Barack Obama were virtually tied at roughly 47% of likely Hoosier voters. There were approximately 30,000 poll workers at 5,400 precincts throughout the state and election officials predicted a record voter turnout before polls closed at 6 p.m.

An election officer at the location where the Fields’ voted said early turnout was four or five times what he normally saw and he attributed it to interest in the presidential race.

Republicans and Democrats alike said Indiana, traditionally a GOP stronghold, was in play for the first time in decades. The last two Democrats to carry the state in a presidential election were Franklin Roosevelt in 1936 and Lyndon Johnson in 1964. George W. Bush carried Indiana by double digit margins in 2000 and 2004. But Obama, from neighboring Illinois, was hopeful of winning Indiana and planned a campaign visit in the Indianapolis area on Election Day.

McCain visited Indianapolis Monday and told a rally of 5,000 supporters, “We’ve got the momentum, my friends. We’ve got it.â€

Nicole Fields voted for Obama, saying he was the best qualified to lead the country.
Further back in the line, however, Lance Willdemood planned to vote for the Republican.

“Actually, I’m voting against Obama instead of voting for McCain,â€ he said. “Frankly, I think [former GOP candidate Rudolph] Guiliani would have been a better choice.â€

The forecast called for sunny weather in Indiana with near record high temperatures.