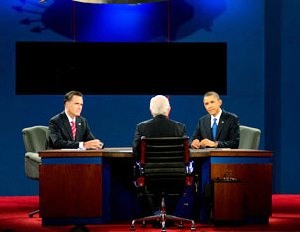 President Obama came out swinging in the third and final presidential debate on Monday night. In response to a comment by Mitt Romney about the U.S. Navy’s decrease in size compared to 1916, the president jabbed back that we also have ‘fewer horses and bayonets’ being used in the face of modern technological efficiencies.

But none trended as highly as the quip on horses and bayonets, which became a top trend on Facebook, Twitter, aÂ  Tumblr page, and the number one search term on Google during the debate.