Say Goodbye to Your Twinkies and Wonderbread 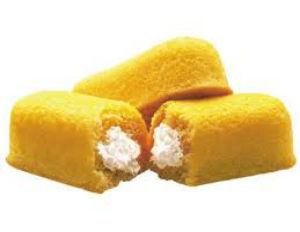 Today is a sad day in the lives of Lil Debbie and Twinkie lovers. Hostess Brands is closing its doors for good after a bakers strike caused them to be inoperable.

More than 18,500 people will lose their jobs because the company is shuttering 33 bakeries and 565 distribution centers worldwide, as well as 570 outlet stores.

“We deeply regret the necessity of today’s decision, but we do not have the financial resources to weather an extended nationwide strike,” said CEO Gregory Rayburn in a statement.

The bakers were holding out for a revamped contract different from the one they say was forced upon them. The new contract cut salaries by 8 percent in the first-year of the five-year agreement, with a salary bump of 3 percent in the next three years and 1 percent bump in the final year.

As they waited, the company decided to ask the bankruptcy court to allow them to close the doors for good. Hostess Brands filed for bankruptcy in January. The company was struggling to hold on: it reported that it made $2.5 annually, and had been making more than 500 million Twinkies and 127 million loaves of Wonder Bread.

Read more about the closing of the iconic snack brand at CNN Money.