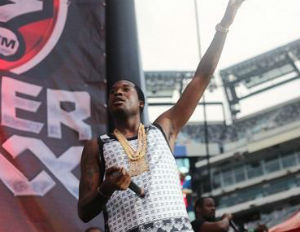 The station has proven to be a staple within hip hop culture and the radio industry producing other events throughout the year in addition to its brand imprint, Summer Jam.

“It’s always about expanding. We’re not just a radio station,â€ says Hot 97 Marketing Director Donyshia Benjamin. “We’re as big as other major brands, from NIKE, to Boost Mobile. People come to Hot 97 because we give them credibility. Our listeners are going to take into consideration everything that we’re saying. Because of this, we try to align our brands that are credible.â€

Benjamin, a marketing executive who has been with Emmis Communications (the parent company for Hot 97) for over fifteen years, has grown with the hip hop festival almost since inception and has shown a successful track record of transforming the brand’s identity and contributing to its impact on hip hop culture.

“Hot 97 grew up with hip hop, and came into NY at an amazing time for radio and also for our culture overall,â€ she says. “It’s surreal sometimes when I think about coming in here over a decade ago.â€ She adds, “For hip hop, there’s no other radio station that is putting on and producing a straight hip hop show for 55,000 people. There’s other Summer Jam’s but there is NOTHING like a Hot 97 New York Summer Jam.”