Cool Jobs: Hot 97's TT Torrez on Beating the Odds to Be a Power Woman in Radio 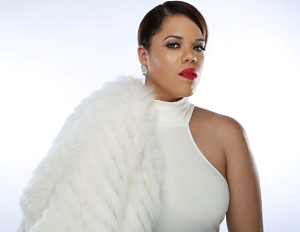 Working at one of New York’s top radio stations is a dream job for many, but for TT Torrez she makes it clear that the opportunity did not happen overnight.

Before joining Hot 97, Torrez made her mark in the industry at several different radio markets across the country. After enrolling in college at Norfolk State University and then transferring to Johnson C. Smith, the broadcast journalism student got her on-air start in the industry at a local radio station in Charlotte, North Carolina. Her journey back to her birth state of New York came after radio stints in North Carolina, South Carolina, Connecticut, Pennsylvania and six years in Virginia.

“In radio, what people don’t realize is that you have to be willing to move around,” says Torrez. “It’s like a sports team where you get traded and drafted all the time. People that have been on the radio for 20 plus years, that’s unheard of and you’re blessed to be able to stay at a radio station for that particular amount of time.”

[Related: Cool Jobs: How One Young Designer is Charting Her Own Path in the Fashion Industry]

In an interview with BlackEnterprise.com, the multimedia radio personality, who has also been named as one of the hosts of the Culture List on Centric, opens up about her career journey in radio, her views on showing emotion in the workplace and advice she’d give to young people who want to have a career in the industry.

BlackEnterprise.com: When did you first discover that radio was what you wanted to do?

Torrez:Â I started in radio when I graduated high school. When I was in high school I knew academics were not my thing. I couldn’t stand math and I was not a science girl, but I loved everything that had to do with the creative process. I loved acting, I loved drama and I loved English. I did well in all those classes so I knew that was kind of my thing. My aunt owned a night club in South Carolina and radio personalities would come through the night club. I was staying with her at the time and when the radio personalities would come in, I would ask if I could shadow them. I went to the radio station one day and I knew right then that this was for me. I graduated high school and then went to college at Norfolk State. During that time, I idolized Russ Par in DC on the radio. I idolized Wendy Williams and Angie Martinez and I just studied the game in and out.

When did you get your first radio job and how did the opportunity come about?

After college my first radio job was in Charleston, South Carolina. I was doing radio at Norfolk State University and I was working as a college rep for Atlantic Records. This record rep I knew was like “Hey, my friend is launching this station in South Carolina and I think you’ll be good for it.â€ So he put me on to it and whenever I would have a break I would go down there to do radio and study under him. Then, there was a radio station launching in Charlotte and they were looking for young talent to put on the station. That same guy also put me in touch with him and I sent him my air check. He was like listen, “You’re green. You’re not that great but I will give you one shot one weekend from 4am-6am.” It was some sort of crazy hour. So I would drive from Norfolk State to Charlotte to do one weekend shift in my Ford Escort. I was broke and didn’t have any money, but I knew I had to scrape up pennies for that Friday to get me to that radio station and back. I did that until I moved to Charlotte and transferred to Johnson C. Smith to chase my radio career. I would go to school in the day time, go to the radio station and also work at a group home as a youth counselor. I did that for a while until the guy I knew in Charleston had a full-time gig. So my first full-time job was there and I did morning. I produced the Russ Par morning show because he was syndicated, and I did midday from 10 a.m.-3 p.m. I did that for a year and then the station flipped and I was out of a job. So I went to DC and that’s when I worked with Russ directly on the street team. So I went from being on the radio every day to being on the street team, which is entry level. Most people wouldn’t do that, but it’s about humility. I did that for two months and then I got hired in Connecticut to do midday.