The House of Representatives approved Senate amendments to the Small Business Lending Fund Act of 2010 by a vote of 237-187. It can now move to President Barack Obama’s desk for his signature.

“After months of partisan obstruction and needless delay, I’m grateful that Democrats and a few Republicans came together to support this common sense plan to put Americans back to work. I look forward to signing the bill on Monday,â€ Obama said.

Minority banks and small businesses have anxiously awaited Senate action on the legislation, which finally occurred last week with the support of two Republicans. Many black firms have, in the past, expressed great frustration with larger banks that have received government assistance to spur small business lending only to ignore the credit needs of minority businesses.

“It’s the squeaky, squeaky wheel that gets the oil, and my advice to minority businesses is to squeak and squeak and squeak. Contact [black lawmakers] who sit on the Financial Services Committee if you don’t feel you’re getting fair treatment as a result of this legislation,â€ said Rep. David Scott (D-Georgia).

H.R. 5297 creates a $30 billion fund for banks with less than $1 billion in assets to borrow capital at a 3% dividend rate for five years from the Treasury Department’s Troubled Asset Relief Program. That’s two points lower than the 5% rate banks participating in TARP’s Capital Purchase Program currently pay. Community Development Financial Institutions that lend to small businesses in low-income neighborhoods will be able to borrow capital at a 2% rate for eight years. It also provides $1.5 billion in grants to support $15 billion in new small business lending through existing state programs.

“This bill includes billions in tax cuts specifically targeted to small businesses so they can put more of their own resources into growing their business,â€ said SBA chief Karen Mills. “At the same time, this bill ensures those very businesses have access to the capital they need by extending SBA’s successful recovery loan enhancements and putting local, community banks in a position to be a real partner for small businesses and entrepreneurs.â€

Democrats estimate that the legislation could create 500,000 jobs, but most Republicans disagree.

“This is just another bailout bill that will generate billions of dollars for financiers and not one penny for workers,â€ said Rep. Sam Graves (R-Missouri), the ranking member on the House Small Business Committee. â€If we are serious about creating jobs and encouraging small business expansion, we must work together to develop fiscally responsible policies that work for small businesses and families.â€ 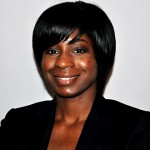 Nonprofit Insider: Why Board Service is Crucial to Fundraising

Dealing With Debt: 12 Signs That It’s Time to Get Help

FacebookTwitterYoutube
← Nonprofit Insider: Why Board Service is Crucial to Fundraising ← Dealing With Debt: 12 Signs That It’s Time to Get Help
×
'