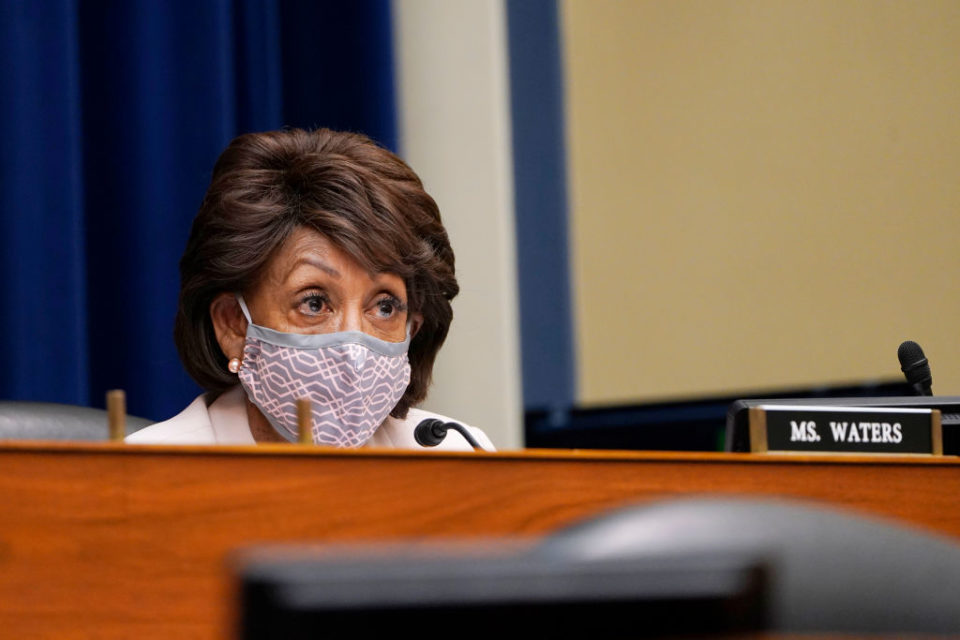 Last weekend, Waters called for protesters to “get more confrontational” if former officer Derek Chauvin was acquitted for the killing of George Floyd. Democrats had a narrow path to defeat the censure but the vote ended 216-210 along party lines

After the vote, Waters thanked her fellow Democrats for their support.

“I love my colleagues, and they love me. I don’t want to do anything to hurt them or hurt their chances for reelection,” she told CNN. “I will make sure that they are comfortable with my kind of advocacy so that we can all be sure that we can do the right thing, and I want to be clear about that.”
McCarthy, who pushed for the vote, called out Democrats in a tweet when he realized it was not going his way. Rep. Hakeem Jefferies (D-NY) pushed back against McCarthy, defending Waters and referencing the actions of GOP lawmakers Marjorie Taylor Greene, Lauren Bobert, and Matt Gaetz.

The vote to censure Waters came just before Chauvin was convicted on all three counts of second-degree manslaughter, second-degree unintentional murder, and third-degree murder. Chauvin will be back in court in eight weeks for sentencing. He potentially faces up to 40 years in prison for the second-degree murder charge., up to 25 for third-degree murder, and up to 10 years for manslaughter.
However, since Chauvin has no prior convictions and because he can’t serve consecutive sentences, he’ll likely face anywhere from 10 to 20 years based on the judge’s discretion.
Waters went on CNN’s the Reid Out after the decision and commented on the Chauvin conviction and how important District Attorney Keith Ellison was to the case and the decision.
“Today is special, but when I talk about why it is so important to have diversity and inclusion, it is because of Keith Ellison, who is the district attorney,” Waters said. “To the degree that we get more people in positions of power, particularly in the criminal justice system, we’re gonna be able to get more justice.”