The Notorious B.I.G.'s Brand Lives On In 'House of Wallace' Series 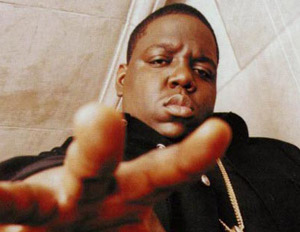 Sixteen years have passed since the murder of rapper Notorious BIG, but the Brooklyn born rapper still has a massive and loyal fan base. With the recent passing of the anniversary of his death, a push to keep his spirit alive is being led by the rapper’s children in a new animated series.

“It’s been 16 years since our Dad was murdered and we miss him dearly. … It is such an honor for us to be able to carry on his legacy, not only through his music but also by channeling him through our own creativity. This project, “House Of Wallace,” is a great opportunity for us to bridge the gap between our parents who loved his music and the kids and young adults our ages, that were not around to really appreciate it,” said T’yanna andÂ C.J. WallaceÂ .

Featuring the rapper’s children -Â C.J. andÂ T’yanna, “House of Wallaceâ€ plans to introduce the late M.C.’s music to a generation that came of age without him. The show takes place around a studio B.I.G. built that’s threatened by an international music company. With assistance from the spirit of B.I.G. himself, the children stand up for the real music their father made, and attempt to re-energize the studio to be the hit factory it once was. The show hopes to incorporate music as a central component, including original songs from guest stars and re-imagined renditions of classics from the late rappersÂ catalog.

The show has yet to sign with a network, though a representative for Ossian says “a few serious networks are in discussion.”