Democrats and Republicans spent most of Wednesday streaming on and off of the House floor to either commend or condemn the Affordable Care Act. When the bill to repeal it passed by a vote of 245 to 189, they did the same. So, what’s next?

According to Majority Whip Eric Cantor (Virginia), the House will begin a two-step process that involves conducting oversight of the law and its impact on the nation’s economy and healthcare system and then develop new policies to improve healthcare “without bankrupting our country and taking away the healthcare that most Americans want and like.â€

Yesterday the House voted to instruct the committees that have jurisdiction over healthcare to draft alternative legislation and Cantor also has pledged to “defund and delayâ€ certain provisions in President Obama‘s signature domestic legislation.

Some lawmakers, such as Congressional Black Caucus chairman Emanuel Cleaver of Missouri, fear that means reducing the budget for the Department of Health and Human Services, targeting line items that the agency needs to hire people to implement healthcare reforms in the states. He’s also concerned that Republicans will try to eliminate funding for community health centers in the mistaken belief that nobody cares about them.

“The rippling effect of not giving HHS sufficient dollars is going to be earth shattering,â€ Cleaver said. “Unemployment is somewhere around 15% in African American and Latino communities. If you close the health centers, all of the people who lost their jobs and their insurance would have no place to go except to indigent hospitals, which are reporting overload.â€

Rep. Chaka Fattah (D-Pennsylvania), who sits on the House Appropriations Committee, called the repeal bill a charade and said that he doubts Republicans will be able to carry out their defunding threats.

“They may not fund certain things, but the Senate will. Then there will be a conference committee and if they want to produce a bill that the president will sign, they’re going to have to have the funding in there,â€ he said, adding that the GOP is overestimating its power.

When the final tally showed that the repeal legislation had passed, Republicans began cheering until they were quieted by Cantor, observed Maryland Rep. Elijah Cummings, ranking Democrat on the House Oversight and Government Reform Committee. He thinks that was a clear indication that the majority leader knows the bill is nothing to celebrate.

“With this vote, they’re saying 32 million people won’t be able to get healthcare. It’s up to us on the Democratic side to message this properly and tell the people what they’ve done,â€ said Cummings, who believes that the American public is in for a rude awakening once they realize that the majority is trying to withhold something from them.

“They’re trying to take away keeping your children on your policy until they’re 26, making sure a child with a pre-existing condition can get insured and contributions from the federal government to help small businesses address the issue of healthcare,â€ Cummings said. “All of these are very significant and the public’s attention will be much more focused because we’re talking about taking away something that they already had.â€ 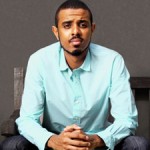 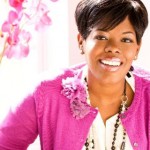