House Votes No on Digital Delay 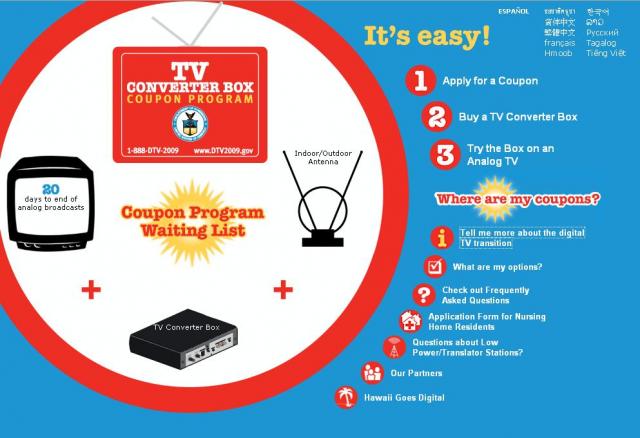 The 258-168 vote failed to garner the two-thirds support needed for passage,meaning the transition will take place as planned. This presents a new hurdle for the Obama administration and key Democrats who wanted time to whip the converter box coupon program into shape. More than 6.5 million households are unprepared for the switch, according to Nielsen.

Opponents of the bill argue that pushing back the date would confuse consumers and cost millions for broadcasters who’ve planned to make the transition.

“It’s not hugely impactful if the day changes,â€ says Jay Kreling, vice president of video services for Comcast. He says as far as preparedness, the company is ready for the switch no matter the date.Â  “There would potential be a cost,â€ he added.

A 2005 mandate that all television stations operate in an all-digital broadcasting format by February encountered a number of stumbling blocks that had key lawmakers and President Barack Obama seeking the four-month extension.

To ready Americans for the change, the federal government made $40 coupons available to residents for the purchase of a converter, usually priced from $40 to $80. These coupons help cover the costs of set-top converter boxes that allow older TVs hooked up to antennas to receive the new digital signals. As of January more than 5.7% of all homes were not ready for the switch, according to Nielsen.

Approximately 9.9% of African-American households areÂ  unprepared for the switch, according to Nielsen. This means that if the transistion date remains the same, on Feb.Â  17 TVs in these homes will lose their signal if consumers don’t take timely action.

The National Telecommunications and Information Administration (NTIA), the arm of the Commerce Department administering the program, is now sending out new coupons only as older, unredeemed ones reach a 90-day expiration date and free up more money. The NTIA had more than 3.2 million coupon requests on a waiting list as of Wednesday and those people won’t receive their coupons before Feb. 17.

The cable industry on Friday announced plans to spend $20 million on a call center with 7,000 operators to handle questions byconsumers confused about how to hook up or program the set-top digital converter boxes. “There’s an expectation that people who haven’t taken action will panic,â€ says Brian Dietz, spokesperson for the National Cable and Telecommunications Association, an organization comprised of cable members. The call center will go live days before the transition date and exist for a few weeks after. He says no matter the date, cable operators are ready.

How to Get a Coupon

The Department of Commerce’s National Telecommunications and Information Administration, which is responsible for running the TV Converter Box Coupon Program, is providing up to two coupons per household upon request