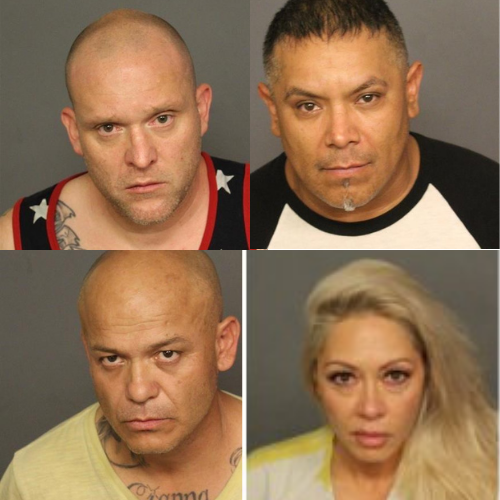 More than a dozen weapons were seized from four people who were renting two hotel rooms one block away from the Coors Stadium, the site of the upcoming MLB All-Star Game in Denver’s downtown area.

A housekeeper at the Maven Hotel tipped off the authorities after she found more than a dozen weapons and 1,000 rounds of ammunition, according to ABC7 Denver.

The four people—three men and a woman, all in their 40s—were arrested on Tuesday as police and FBI continue to investigate the situation, The Guardian reported.

The two rooms were searched and 16 rifles were seized along with body armor and ammo. Officers wearing protective gear made their arrest in the lobby, video obtained by KPIX in Los Angeles shows.

The incident brings back memories of Oct 1, 2017, the Las Vegas shooting, the U.S.’s most deadly mass shooting.

The lives of 60 country music concert-goers were taken and more than 400 were injured by a single assailant from his hotel room.

“We have no reason to believe this incident was connected to terrorism or a threat directed at the All-Star Game. We are not aware of any threat to the All-Star Game events, venues, players. or the community at this time,” the FBI stated.

As BLACK ENTERPRISE previously reported, MLB’s annual All-Star festivities moved from the city of Atlanta after Georgia Republicans voted to toughen voting laws after losing Senate seats to Democrats and on the back of false claims by former President Donald Trump of having the last presidential election stolen from him.

The motivation behind the four-armed guests has yet to be reported.