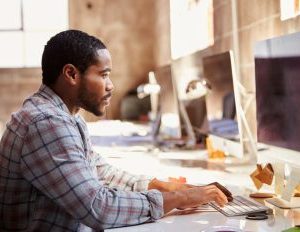 Texas may very well be the place to be if you are a small business owner. In fact, Texas’ major metros made Forbes‘ Top 10 List of Boom Towns, each experiencing job growth, and income growth far above the national average. In fact, two Lone Star State cities, Dallas and Houston, held the No. 1 and No. 3 spots, respectively, among the top 25 cities for small businesses, according to Invoice2go’s 2016 Highest Achievers List. Meaning, these are the cities where America’s small businesses are thriving.

It so happens that Houston is the host city for the 22nd annual Black Enterprise Entrepreneurs Summit (May 17—20, 2017) at the new Marriott Marquis hotel. The summit attracts more than 1,000 attendees annually. Small business owners and entrepreneurs from all over the country gather to take in advice from interactive sessions, high-powered speakers, and networking opportunities.Â Houston Mayor Sylvester Turner and the Office of Business Opportunity support bolstering minority business.

More than 20,000 small and micro businesses across the U.S. were analyzed by Invoice2go to determine which cities are the most lucrative and to devise a ranking based on the average dollar amount invoiced per month by local businesses in each city from January to November 2016. A diverse cross section of America’s smallest business owners, from carpenters to freelance DJs to fitness trainers–use Invoice2go’s mobile app to track jobs, bill customers, and get paid. More than 250,000 small business owners use the app to invoice more than $1 billion every month.

Somewhere between 10 million and 43 million Americans are now working for themselves. There is always room in the market for new ideas, products, services and multimillion-dollar success stories–if you know where to look.

In addition to Houston being touted as one of America’s next boom towns, it was also recently ranked as the second fastest-growing city in the U.S., just behind New York, enjoying double-digit job growth from 2010 to 2014. “With growth comes opportunity, and small business owners across industries–from construction workers, electricians, cleaners, and other service providers–invoiced an average of $191,805 for the year,â€ reports Invoice2go. Houston moved up eight spots from last year to No. 3.

Meanwhile, Dallas jumped from the No. 8 spot to No. 1 as small businesses in Dallas invoiced an average of $214,805 in 2016. What makes this city a high achiever, in part, is credited to the ongoing boom in office construction with a number of corporations bringing thousands of new residents to the Dallas-Fort Worth area, reports Invoice2go. In other words, small businesses that build, fit out and renovate office space, and those who offer services to a growing economy are likely to continue to do well.

The following cities round out the top 10 of the 25 highest achievers: