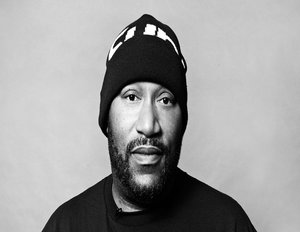 Houston is synonymous with Bun B. Any hip hop enthusiast knows that Houston’s reputation on the rap scene wouldn’t be what it is today without the help of Bernard Freeman — better known to the world as Bun B. But aside from the music, the “Big Pimpinâ€ artist is also a serial entrepreneur and businessman with an impressive career resume. And that list just keeps on growing.

Unknown to many, in addition to his rap career and record label, Bun B also co-teaches a region and hip-hop culture class at Rice University, publishes his own food blog, created a rap coloring activity book for kids, serves as an ambassador for the city of Houston, and is working on opening his own sports bar. Not bad for a ‘trill OG’ from Port Arthur, Texas right?

BlackEnterprise.com caught up with the Houston hip hop pioneer as he shared his love for Houston, the details on his many entrepreneurial endeavors, and how he balances it all.

BlackEnterprise.com: You’ve had your hand in a number of different ventures throughout the years, but the food blog is the most unique. What inspired you to start “You Gotta Eat Thisâ€?

Bun B: I co-own a blog that I founded with a friend of mine Pete Gibaldi. We both know each other very well from the sneaker community and we both realized that every time we got together all we did was talk about food or eat food. We created the blog initially not for monetary reasons, but for like minded people to come and it’s more interactive than anything. We show people where we get food, and if they want to do the same. There’s an options for people to go to the website and they can upload to the website. We’ve been able to branch out, we’ve incorporated recipes, included a free section and we have people who are foodies, go to restaurants and try different dishes. We try and cover dishes most people don’t normally see, or restaurants they may not know about.

Do you cook yourself?

What is your favorite restaurant in Houston?

It’s a tie between Uchi and Underbelly. It just depends on how we’re feeling. If the wife wants to go to dinner, we’ll go to Uchi because she’s more of a seafood person, and if I’m choosing, I would choose Underbelly. It just depends on what kind of day we’ve had. In Houston, you would be hard pressed to find a place that doesn’t have good food. It’s always been a food city, but right now we’re in a really good place in time for the food culture and the culinary community. It’s amazing right now.

There were discussions last year that you planned to open a sports bar in Houston. Is this still in the works?

We’re still talking about it, because it’s something we realized if we do it right, that it wouldn’t just live here. There’s a big opportunity for us to create something that can possibly be franchised. We want to take our time and make sure we get it in the right place, and it opens at the right time. The end game for most when you open a business is to try to have several. You don’t want to just have one and not have that be the end all, be all. So, we want to make sure we roll this out the right way, and the formula is easy for people that may want to replicate this in different markets without losing the brand or the quality. I’m excited for what it holds, but I’m not in a hurry.

How do you balance all of your entrepreneurial efforts?

I have a good strong, team of people that helps me execute things. It’s not all of my entire energy that goes into these projects. I have a great team of guys behind me, and not to mention my wife. My support system is strong and they keep me focused. They motivate me to do things and when the ideas come and I tell them they have to help me.

The indicator of a great team is also reflected in its leadership and the vision.

The sign of a good leader is being able to delegate. That’s what I try to do, if I can’t be hands on in everything than I have the best people around me that are more than capable of getting it done.

How do you begin working with Houston Tourism as an [unofficial] ambassador for the city of Houston?

It seems like its getting more and more official by the day (laughs). Houston Tourism reached out to me and let me know exactly what they were doing with different campaigns, such as with the chefs and the art industry. It’s a big honor to me, and it’s a big deal. Being a representative of Houston’s hip hop community, I want to make sure we’re looked at in a certain way, and that we’re identified for who we are and what we do, and the city in some form or fashion acknowledges the culture. They’ve been doing a great job of that formally, as well as informally.

Let’s talk about the music and your company; what are you working on?

We have our company, Too Trill Entertainment. Right now we’re getting ready to put some product out, and I’m doing another solo album by myself. We’re doing a compilation album showing some of the upcoming producers, singers and artists that we have on the label. We’re starting to branch out – we’re starting a film division, so we’ve got a couple of documentaries and a docudrama that we’re working on. We’ve also got a great script right now they’re we’re trying to produce.

Speaking of the music, do you feel inspired by any of the music that you hear on the radio?

I feel inspired not just by the music, but the business sense of this next generation. I think our problem was that we had a good handle on the music, but we didn’t have much of a grasp on the business side because we were very young, and we weren’t very educated. So I think a lot of the things that we had to struggle and grind to figure out, they came into the game with that knowledge. So a lot of them have a much better understanding of how the music business works, than we did at that age. So, I’m inspired by a lot of these young guys not only make good music but for them to create a brand for themselves, and for them to be able to take advantage of the brand instead of other people taking advantage of them.

You’re also an adjunct professor at Rice University. What led to the topic of hip hop and religion?

It was a class that I was asked to speak at, and Dr. Anthony Pinn asked if I wanted to actually teach alongside with him. I’m teaching hip hop with a religious sensibility and he teaches from a religious with a hip hop sensibility. It works out. We talk about hip hop and religion as forms of expression in America so a lot of times we’re on the same page, and a lot of times we’re on separate pages. But they’re kind of trying to ask the same questions, and speak to the same people. We’re in the middle of filming the online version of the course, so that you don’t even have to be a college student much less a student at Rice University to be able to take that course.

You have dibbled and dabble in a lot of ventures, but what’s next for you?

There’s a lot of different things. I’ve done a lot in front of the camera, but I think there’s a lot that I can do behind the scenes. We’re looking at creating more opportunities for ourselves and the next generation of artists, and just expanding the brand. I want to take advantage of music licensing, now that I own my own publishing, so I want to take advantage of that situation. Hip hop is apart of everyday life for everyone, so it’s a matter of figuring out how myself and the brand of hip hop that I represent can be incorporated. I’m just going to keep growing and branching out until I hit a wall. As long as we don’t compromise ourselves and our brand, we should be able to do great things.