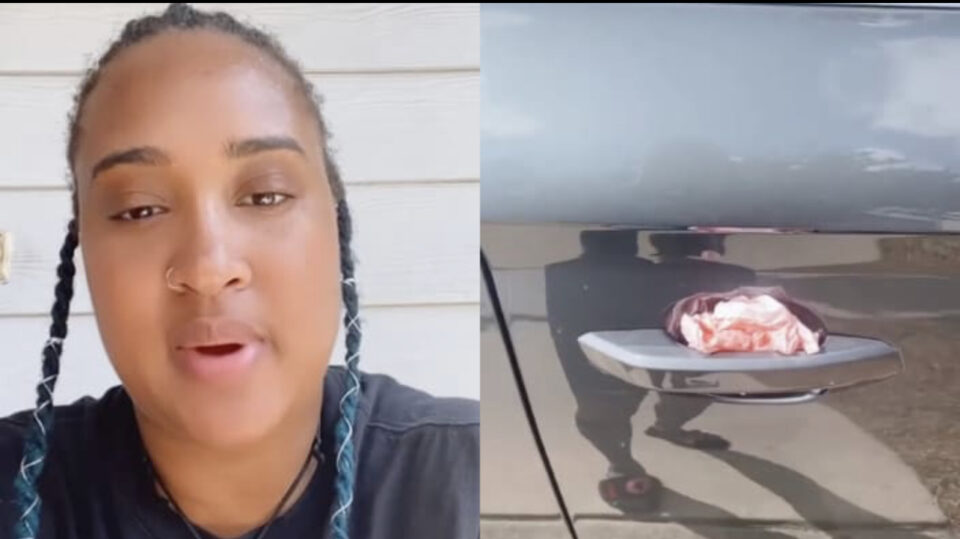 According to the Houston Police Department, it has seen the first poisoning exposure case of its kind after Erin Mims reported she was poisoned by a napkin she discovered on her car handle.

On Tuesday, Aug. 16, Mims and her husband celebrated her birthday at a restaurant in the city that afternoon, FOX 26 reported. The meal was the precursor to the next celebratory activity. As the couple headed out to the local spa, Mims discovered a napkin lodged in between the car handle on the car’s passenger side.

Mims, owner and founder of Alluring Locz Kingdom & Fades And Meaux Barber Studio, told the news outlet that the napkin didn’t concern her, so she just discarded it.

“I just threw it out,” said Mims, per the news outlet. “I opened the door with the tips of my fingers. I asked my husband, did you put a napkin in the door? And he said no.”

The woman returned to the restaurant and washed her hands. She got back into the car and realized her hands were tingling.

Mims’ husband rushed her to the local hospital, where doctors ran urine samples, blood tests, and a CAT scan. She was informed that her vitals weren’t stable but all over the place.

“The doctor came in and told me it wasn’t enough in my system to determine what it was, but said it was acute poisoning from an unknown substance,” Mims explained, per FOX 26.

But that wasn’t all. The doctor also hypothesized that the incident might’ve been a botched kidnap attempt.

Mark Winter, a local poison control expert of the Southeast Houston Poison Center, confirmed with FOX 26 that the Mims’ symptoms matched hundreds of poisons despite the small amount of exposure.

“The probability is that you would have to have a lot more than just a casual exposure,” Winter said. “In her video, her symptoms match hundreds of different poisons. It is possible. I’ve learned over my 40 years that anything is possible when it comes to the human body.”

Since then, Mims has shared her story on social media, aiming to spread awareness about the real chances of this incident happening to anyone.

“Just that little amount had me messed up, y’all, so just imagine if I would’ve grabbed it with my full hand,” Mims recounted in a Facebook video. “I probably could’ve been dead.”

She continued with advice: “Just for everybody, all the women in Houston, and just everywhere, be careful when you’re out. Pay attention to your surroundings. Just be careful, be safe.”