How Advertisers Targeted Black Consumers in the 1970s 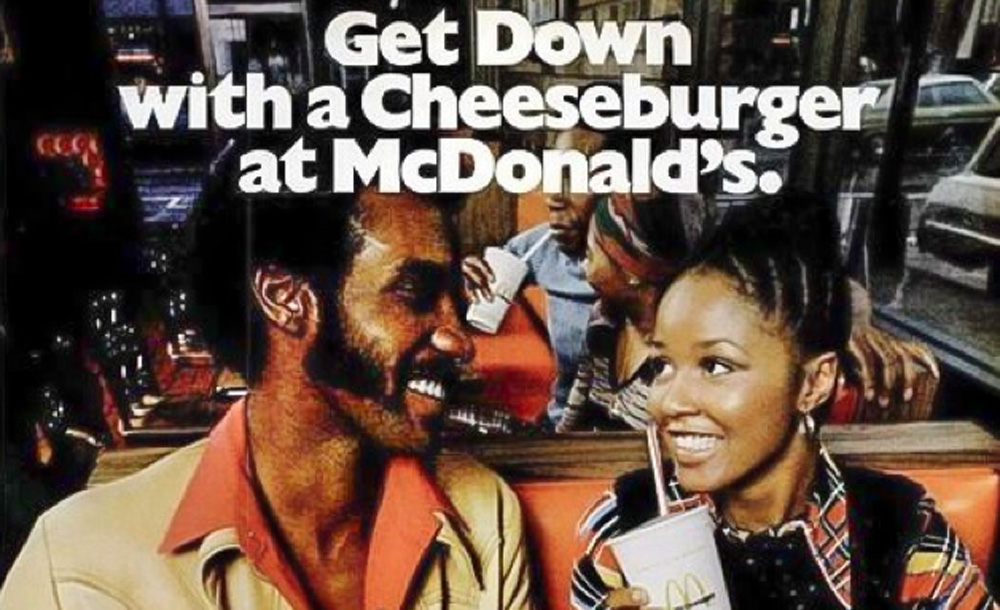 This article was originally published on TheAtlantic.com in June of 2015. Read more at The Atlantic.com.

In the 1970s, something special began happening in American advertising. At the tail end of the civil-rights movement, the industry began to move away from its decades-long habit of portraying African Americans almost exclusively in positions of servitude or inferiority, as props in ads aimed at white audiences. By the 1970s, companies such as McDonald’s and Coca-Cola began increasing the racial diversity depicted in their campaigns. In 1974, Jello became one of the first big companies to hire an African American spokesperson—Bill Cosby. The goal was twofold for corporations: to keep up with the times, and to broaden their potential consumer base.

But the way many agencies went about this demonstrates how little they understood about their target demographic—and the results, like so many vintage ads, appear deeply misguided to modern audiences. To McDonald’s, for example, appealing to African American consumers specifically meant, in part, ads such as “Makin’ it” and “Dinnertimin,'” which made extensive use of “g-dropping.”

There was also the “Get Down” campaign. Ads featuring Caucasians from around the same time, meanwhile, left out lines like “On the real, kids can really dig gettin’ down with McDonald’s” and the insidious “‘em.” Employing “g-dropping” to appeal to African American audiences has a long history, from Aunt Jemima’s much-maligned “mammy” ads (which used lines like “Every bite is happyfyin’ light”) in the early 20th century to President Barack Obama’s controversial speech to the Congressional Black Caucus in 2011.

Burger King played up this vernacular distinction in some of its “Have It Your Way” ads to a lesser extent, though one ad inexplicably interjected the line “Have mercy!!”

Charlton McIlwain, an associate professor at New York University who specializes in race and media, said in an email that he views these tone-deaf ads as “the outcome of [advertisers] trying to do the right thing, but not necessarily knowing what that meant.” White-dominated ad agencies lacked a general familiarity with blacks and black communities, leading them “to design ads that were racially naive and necessarily relied on stereotypes for lack of any other information.”

Neil Drossman, an executive creative director and partner at his own ad agency, agreed, calling the McDonald’s ads “a really cynical and superficial effort to reach a black audience.” Drossman, who began working in New York ad agencies in the 70s, said he remembers his firm working on an ad featuring a black couple and being asked if it looked “too urban.” According to Drostman, most of the industry’s missteps resulted from an ignorance on behalf of mainstream ad companies (though there were and are specialized black agencies), but the general failure in tone was something that even the conventions of the era can’t really excuse. “What differentiated the good agencies of that period from the big, bad ones (the great majority) was a respect for the target and a desire to understand it,” Drossman said.