How Blacks Voted on Super Tuesday 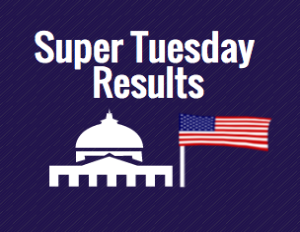 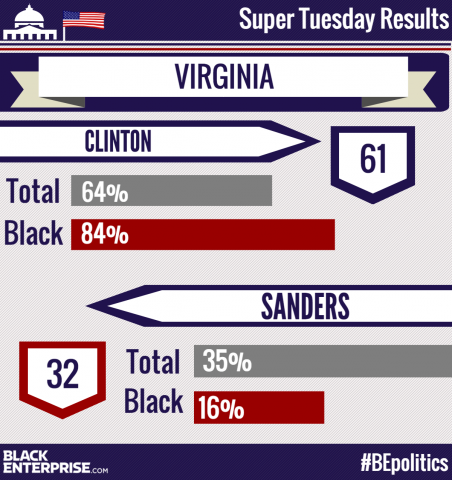 Virginia’s black voter turnout was down 5% from the 2008 election. In 2008, black voters made up 30% of the electorate in Virginia’s democratic primary. This year, they were 25%.

[Related: For Clinton and Sanders, Nomination May Be All Over But the Shouting After Super Tuesday] 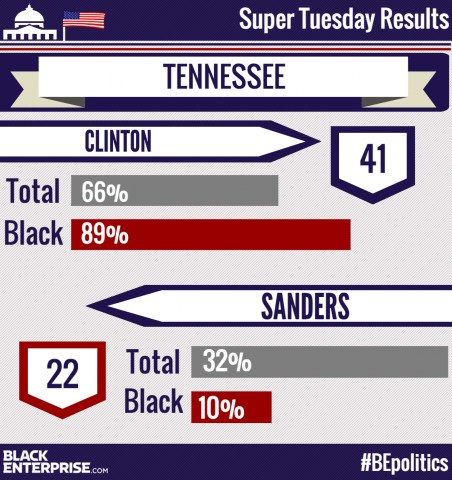 Tennessee had the sixth most delegates up for grabs out of the Super Tuesday states. 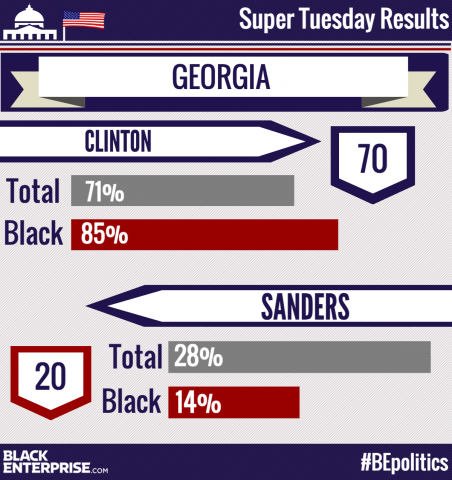 Clinton won with a decisive supermajority in Georgia, where the eligible black voters are more than half of the total electorate. 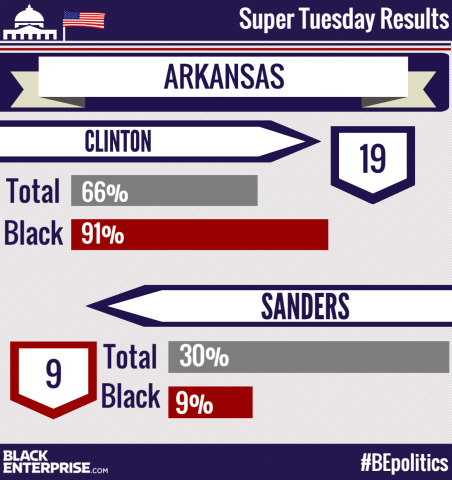 As expected, Clinton won solidly in her former home state of Arkansas. 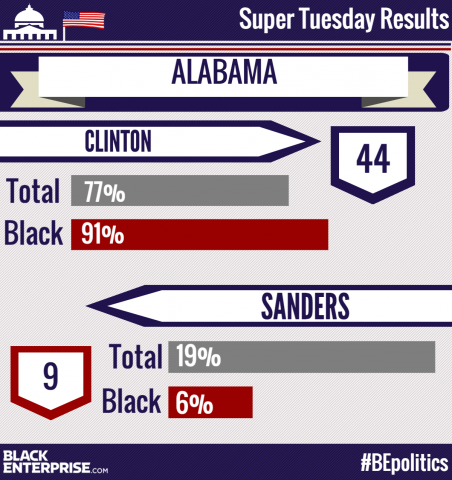 Sanders could only muster single digit results in Arkansas.