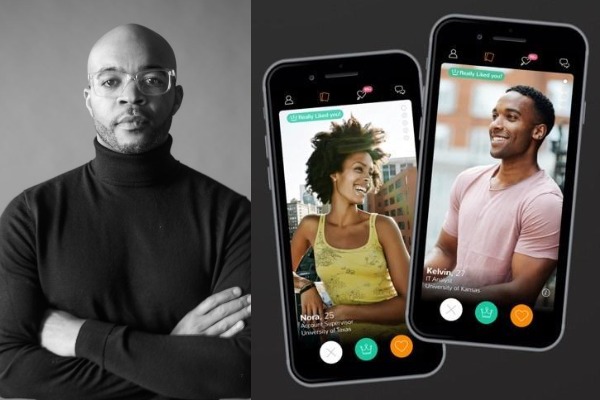 Since its 2017 inception, BLK has built a community and space where Black love can happen every day in all its forms and expressions. BLK’s mission is simple: bring Black people together to spark meaningful connections.

Jonathan Kirkland, head of Marketing & Brand for BLK, spoke exclusively with BLACK ENTERPRISE about the company’s growth to seven million downloads and counting.

“BLK was created for Black adults to have a safe and inclusive space to connect with other Black adults with likely shared experiences,” Kirkland said.

“These spaces are necessary for the growth and advancement of The Culture. Black people have a long history of having to create safe spaces of their own after being banned from mainstream/general population places.”

Since joining the company in 2020, Kirkland has helped the Match-created dating platform provide a voice for the Black community.

“In 2020, soon after the murder of George Floyd, we launched #BLKvoices with the main objective to spark truly meaningful conversations between users, which not only creates deeper connections but can drive change in our community,” he said.

“The first campaign in this initiative was called Educate An Ally, which was a prompt within the app asking users to share their thoughts on how non-Black allies can help the Black community in the fight for racial equality and social justice. We saw an overwhelmingly positive and encouraging response to this initiative.”

“We have since used #BLKvoices to spark discussions around other hot topics of concern within our community, including Breonna Taylor, voting, and highlighting Black business owners.”

BLK is now helping Black singles find romance in a space void of the toxicity and racism Black singles can experience on other dating platforms.

“Microaggressions are very prevalent on mainstream dating apps,” Kirkland said. “The non-compliment. For example, telling a Black woman with natural hair, ‘Your hair is so interesting,’ saying ‘You’re pretty for a dark-skinned girl,’ or sending ‘🍫❤️’ emojis are all examples of microaggressions that add to toxic online dating environments.”

As BLK continues to help users find love, the online dating app is gearing up to launch its live-streaming feature that offers a new one-to-many experience. The In-app Live Streaming Feature, BLK Live! provides a robust community for Black content creators to engage.

The feature will also allow Black content creators to be adequately compensated in real-time. The new feature is the brand’s first step in expanding into the lifestyle space to build a community of content creators to watch and engage with while positioning BLK as the mobile destination for the Black community beyond just dating.