How Choice Hotels Is Putting Its Weight Behind Black Women Ownership 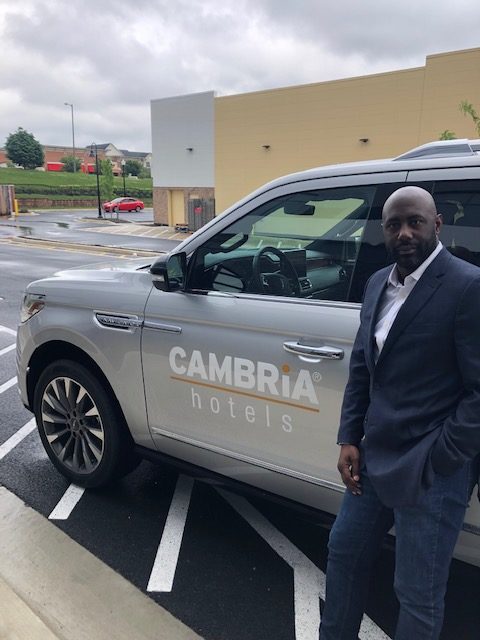 A new survey by Mandala Research shows that African American travelers are a significant travel group who contributed about $63 billion to the U.S. travel and tourism economy in 2018. Contrast that with the National Association of Black Hotel Owners, Operators and Developers (NABHOOD), which estimates that less than 1% of hotels are owned by black women. The disparity is eye-opening to say the least. Choice Hotels International is tackling this disparity head-on with its one-of-a-kind emerging markets franchise development team that began in 2003. The effort has led to more black women ownership in the hospitality industry.

The Bainum family, whose patriarch Stewart Bainum opened his first hotel in 1957, still owns 40% of the company and has always recognized the importance of diversity. A goal was put forth to executives to increase hotel ownership for African Americans, Hispanics, Native Americans, and veterans.

Lester Adams is the director of the emerging markets franchise development program for Choice Hotels. “We want the dream of hotel ownership to be within everyone’s reach—which is why we’ve dedicated full-time resources and incentive dollars to this program. Our sole mission is to search for, identify, educate, and counsel potential candidates to determine if Choice would be a good fit, and usher them through the application and license process,” says Adams.

For most people, the idea of owning and running a hotel is overwhelming. The most glaring barrier to entry is typically the level of investment.

“We’re proud to have a brand at every price point—not just for every guest, but for every owner as well. Yes, the financial barrier can be big, as an upscale hotel can require $20 to $60 million in investment dollars. However, Choice offers more moderate investment opportunities, making hotel franchising more accessible to those just starting out,” Adams says.

“If you’re purchasing an existing property to convert into a Choice hotel, securing the 30% down can be much more achievable. And with the Emerging Markets Program, we offer incentive dollars, as long as the location is adding new rooms to the Choice network, and the ownership is at least 51% from one of the identified groups underrepresented in our owner base,” he added.

Tamara Lang-Allen, Ph.D., is managing director of The Mangrove Eco Boutique Hotel Properties L.L.C. and director of Hospitality & Tourism Management at the School of Business at the University of the Virgin Islands. She is one of the six African American women recently awarded franchise licenses by Choice Hotels’ emerging markets franchise development team.

Her Comfort Inn & Suites in St. Thomas, U.S. Virgin Islands, will be a 72-room hotel, in the eastern quadrant of the island, and is scheduled to open late next year.

“Being in the hospitality industry for many years and being from St. Thomas, I knew what the island needed, and what Choice was looking for. After seeing a Choice Hotels presentation at a convention in 2014, I learned more about the brand and its values and decided it was something that was desperately needed in St. Thomas. It is a really great fit,” says Lang-Allen.

In addition to providing accommodations for tourists, this hotel will also serve as a training hotel to public and private entities as well as schools and universities throughout the Caribbean, mainland, and abroad.

“This will be my first time owning a hotel, but it’s been my passion for close to 35 years. I’ve worked in hospitality on every level. With teaching it at the University, I recognized that it’s important to offer people the opportunity to earn licenses and certifications without having to go to college. Not everyone can afford that. So, I wanted my hotel to provide that opportunity, and Choice is enabling us to do that,” says Lang-Allen.

Adams expressed the importance of educating prospective owners that hotel ownership is absolutely attainable. “There are approximately 60,000 franchise owned hotels in the U.S. Above 60% of those are owned by Asian Americans, primarily those of Indian descent. This shows us that you don’t have to come from wealth to participate in ownership. If you work hard, stick together (saving and pooling money), and target a particular industry, it can be done.”

A good candidate for ownership of a Choice hotel should have prior business or franchise experience and understand key points of the relationship between the franchisor and the owner. Hospitality experience is a plus, but not a requirement. “Many owners choose to bring in a management company to run the day-to-day operations,” explains Adams.

For owners that choose to be hands-on, the role can span from working closely with the general manager to ensure operations are running smoothly or spending time in the business community at City Hall or the Chamber of Commerce to drive business to the area and to be a vital part of the community.

Last year, Choice closed 19 emerging market deals, 11 of those were with African American candidates. If you would like to learn more about Choice Hotels’ financial incentives for aspiring African American hoteliers, visit the website or email Lester Adams at Lester.Adams@choicehotels.com