How Creative Planning Can Help Beat Costs of Elder Care

Just five years ago Jan Bryant, an executive for a non-profit television network, CoLours TV, found herself squeezed into “the sandwich generationâ€– the legion of adults who are now advancing their careers, starting families of their own, while at the same time turning their attentions to elderly parents.

At the time, Bryant, in her mid-30s, lived in New York City and was pursing plans to make a career change, finish an accelerated two-year M.B.A. program at the City University of New York, and enter into international business management. But her plans were derailed when she received news that her 64-year-old father was suffering congestive heart failure and could no longer live on his own in Oklahoma. After months of hand-wringing, Bryant, an only child whose parents had divorced a decade ago, found the only choice was for her to leave New York and to move back to Denver–where her mother lived–with her father in tow.

For Bryant, the crisis was an unlikely way to bring her family back together. She, her mother, and father now live within four blocks of one another in Denver. Bryant’s father and mother get together daily and manage to provide one another support.Â  “Financially, it was the only way to make it work,â€ she says. “Yet in many ways, this has turned out to be a blessing–I’ve certainly gained as much if not more than what I gave up.â€

What’s one of the biggest financial squeezes on Americans born in the 1960s and 1970s? Parents. Caring for elderly relatives is putting a pinch on the rich, the poor, and everyone in between–stretching resources, testing patience, and sometimes splitting families. Elder care isn’t just a challenge for African-Americans. Today, by Census Department tallies, the number of Americans who are 65 years of age or older is expected to climb to 40 million by next year’s Census and bypass the 50 million mark before 2020. At least 70% of those Baby Boomers will need long-term care service–help getting about or performing basic activities like dressing, and eating.

Until recently, however, the conventional wisdom was that older Americans were supposed to move out of homes they’d paid off and effectively bankrupt themselves to meet poverty guidelines to qualify government health care assistance. Assisted care can be costly. According to AARP, the average annual cost for a private room in a nursing home in 2007 was close to $78,000 nationwide, with a wide range that pushed costs as high as $133,000 in California and New York.Â  The annual bill for an assisted living community, meanwhile, came to an average of $35,628 nationwide and as high as $50,000 on the East Coast.

To Be the Best, Recruit the Best 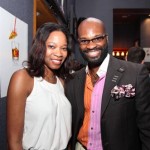