Education Can Keep You from Marrying the Wrong Person 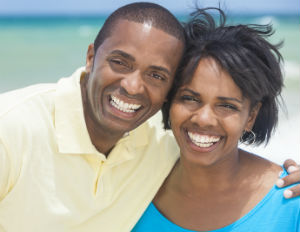 While attending the Black Enterprise Entrepreneurs Summit, I listened to the one-on-one between our CEO, Earl “Butchâ€ Graves, and Quintin E. Primo III, co-founder, chairman, and CEO of Capri Capital Partners L.L.C., one of the largest real estate investment management firms in the United States.

Graves asked Primo about a particularly difficult period in his life, and Primo went on to describe crushing business losses. But then he said something that startled me: “I held on to my faith and my marriage.â€

Of course, today, Primo is wildly successful, but a lot of successful people are divorced. In fact, a lot of people, successful or not, are divorced–which is probably one reason the provocatively titled article in Sunday’s Times has gone viral: “Why You Will Marry the Wrong Person.â€

Written by Alain de Botton, a leading British philosopher, the article basically states that you’ll marry the wrong person because you will marry a human being–a flawed person who will not be able to meet all your needs.

I was home for a few days this week and heard the writer being interviewed on NPR. On the radio, he said something like, “If you think you’re easy to live with, you haven’t begun to understand yourself.â€ Of course, I am a very easygoing person–but that doesn’t make me easy to live with! Being easygoing can drive people crazy (I learned that early on from my husband).

So yes, your chance of marrying the wrong–that is, an imperfectÂ person– is high. But, to increase the odds that your union will last, you should pursue an education.

According to the Pew Research Center, college-educated women have an almost eight-in-10 chance of still being married after two decades. Only 40% of women who have a high school diploma or less could expect their marriage to last as long, according to Pew.

The “college-educated womenâ€ mentioned above comprises all women: Asian, Hispanic, white, and black. Black women, however, have only a 37% chance of celebrating a 20-year wedding anniversary. Asian women, who tend to be well educated, have the greatest probability, at 69%, of being married for two decades.

Pew Research also found that college-educated men had a greater chance of a long-term marriage: 65% of such men could expect their first marriage to last at least 20 years.