How Entrepreneurship Can Fix Young America 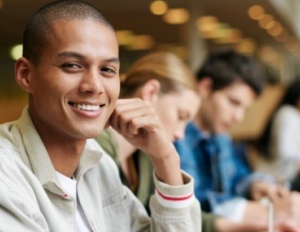 When it comes to the gridlock in this country, it’s not that we don’t know what’s broken, it’s that there is so little will to actually do something about it. The economy succumbed to a battering recession and the postrecession hasn’t been any more forgiving. While the unemployment rate has decreased (most recently to 8.3%) for the general population, it has stubbornly stayed nearly four times as high at 23% for young college grads. Thankfully, someone does have the will to fix it. And Scott Gerber, serial entrepreneur and founder of the Young Entrepreneur Council, is spreading that willpower to everyone—on and off Capitol Hill. BlackEnterprise.com spoke to Gerber about how he plans to fix young America.

What does #FixYoungAmerica consist of?

#FixYoungAmerica is a national campaign that consists of two things. 1) Engaging young people — all people really –Â  to contribute their ideas on how we can fix the issues of youth unemployment and lack of entrepreneurship we’re seeing right now. Thousands of people are contributing their ideas. 2) We’re raising money by crowdsourcing through IndieGoGo to put all these ideas together into a book that will be published in May of this year, and our goal is to have enough printed (in physical and e-book form) to give out to every politician in D.C. and everyone who contributed ideas.

Our voices aren’t really being heard. There’s too much partisanship, too much fingerpointing, and not enough of engagement from the people who are being affected the most.

How will this affect minority youth and/or minority investment?

Well, as you know, we have a lot of minority support in the Young Entrepreneur Council, and unfortunately due to the current economy minorities have been disproportionately affected. But by increasing the amount of opportunities we can make it far more likely for minority entrepreneurs to receive funding and get their ideas heard. Moreover the council has partnerships with a number of organizations, including The Network for Teaching Entrepreneurship, which focuses on providing entrepreneurship programs for students in low-income communities.

I noticed that Rep. Patrick McHenry (R-NC) is aboard on the campaign. He also is sponsoring The Access to Entrepreneur Access to Capital Act, a crowdfunding bill that he calls a hybrid of microfinance and crowdsourcing, in Congress that would relax the accredited investor requirements and allow for the average person to invest up to 10% of their salary in a venture.

Do you support the bill?

Yes, I do. I think it could help entrepreneurs raise money while also mitigating risks for the average person who is probably making their first investment of this kind. With that being said, we have politicians who support our broad message and are aboard our campaign but it doesn’t necessarily mean I support all bills they sponsor.

How do you avoid partisanship when working with politicians?

By focusing on opening critical dialogue. Our goal here isn’t too pass bills or wield clout. We’re really here to just reinforce the message that everyone already believes in but is just not being said enough. Together we can do this. We can turn this economy around, cut through the gridlock and get young America working again!