How I Did It: Rhoman Hardy, Electrical Engineer Now in Management 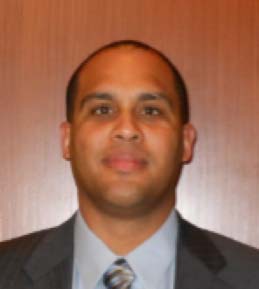 Rhoman Hardy has been at Shell Oil full time since 1988; before that, as a student at Louisiana State University, he spent his summers interning at the global energy company.

[Related: How I Did It: Evan Rose, Software Engineer]

“Internships are a key way students are seen and can lead to offers,â€ Hardy says.

An electrical engineering major, Hardy was recruited right after graduation. At Shell he “solved engineering issues at the plants and developed projects. I loved practicing the skill of problem solving, identifying issues, evaluating solutions that are multi-faceted.â€

Hardy says of engineering, “It’s a field that a lot of other fields love to pull candidates from. The ongoing practice and skill development around problem solving is key.â€

From his junior year of high school, Hardy knew that he wanted to be an engineer. “I’d always loved math and science, and I had done research so I knew the starting salaries with an undergraduate degree,â€ he says. “What I didn’t know is that I would much prefer the management side. Engineering opens other doors.â€

Although Shell didn’t ask him to get an M.B.A.–”People questioned whether this was a good use of my timeâ€–Hardy wanted to develop his business skills. “At the time I wasn’t clear about how I was going to use it. But it’s proved to be a great decision.â€

After earning the advanced degree, he transitioned from leadership positions in engineering to “managing capital investments across the globe, keeping track of the amount of capital we spend, evaluating project ideas, being part of the team that decides whether or not those projects are good investments, and making recommendations to our more senior leaders.â€

Now Hardy manages a chemicals manufacturing plant outside of Baton Rouge. “There are 650 Shell employees and 550 contractors that work at this facility producing the building blocks for things that go into solvents and detergents.â€

What obstacles has he faced?

“As with anything, I’ve had to deal with unconscious bias. You need to let people know what you’re capable of.â€ He says he approaches people in a way that creates a relationship that allows things to get done. “If you look for negative things you’ll find negative things,â€ he says. “Conversely, if you assume the best of others and look for positive things, you’ll find them as well.â€

For those considering engineering, Hardy advises the following: “Don’t give up. Take advantage of the supports your university offers. Keep in mind that getting an engineering degree doesn’t necessarily mean working as an engineer for the rest of your life. The demand for people who can solve problems is just as high.â€

For Engineers Week, see other profiles of African American engineers on the BE Smart website.