Build a Strong Relationship With Your Boss 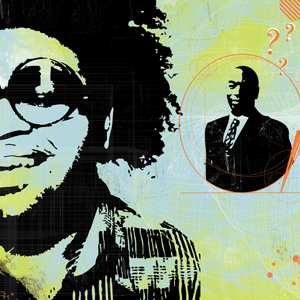 An employee’s relationship with their manager is crucial, not just for creating a synergistic work environment but for an employee’s success and career progression. Oftentimes, however, employees have a false or an unclear sense of the state of their relationship with their boss. A relationship that seems amicable may not adequately reflect how a manager feels about the competency level of his or her employee. In fact, based on a four-stage model in a survey released by Global Novations in 2009 called Mind the Gap: The Discrepancy Between Manager and Direct Report Ratings, participating managers rated their direct reports half a stage lower than the direct reports rated themselves.

This disconnect between an employee and manager could be the result of unclear expectations and misperceptions of both parties, says Audra Bohannon, principal at Global Novations, a Massachusetts-based management consulting firm that focuses on diversity and inclusion, talent leadership and development, and market optimization. “I often ask people, ‘Are you clear about how your manager perceives you? Are you clear about whether or not your manager thinks of you as a person that should advance or be offered an opportunity?’ Sometimes people don’t have that level of clarity,â€ she says.

Consistent with other reports that communication between managers and employees is not often clear, these findings illustrate why it is imperative that employees develop a strategy for understanding and managing their work relationship with their boss, says Bohannon. It should be strong, substantive, and trusting–one in which you are invested in the success of your manager and your manager is invested in your success. Ultimately, your relationship with your manager will determine whether or not you have someone who is willing to advocate for you. “You need clear data on whether your manager is going to invest in you or not. Don’t pretend that it’s not there–you need to go after that information either way,â€ she explains. You also need to have other relationships within your organization that can support you.

Here, Bohannon offers strategies on how you can maximize your relationship to confidently know where you stand with your manager.

Be direct about what you want. If you are interested in advancement, be upfront about your intentions so that you and your manager are on the same page–and so you can get the feedback you need. “Go to your manager and say, ‘As you know, I’m seeking a growth opportunity. Based on what you have observed in my performance, can you tell me two or three things that will help me in getting there and two or three things that, if I don’t address, will interfere with my chances?’â€

Be attentive, not judgmental. Help your boss to be more specific by asking direct questions about your performance. “If you ask your manager how you are doing and he or she says you are doing fine, don’t just let ‘fine’ go.â€ You need to understand what that really means. And when you do get specifics, beware of appearing judgmental or defensive of his or her assessments. Negative response may inhibit and restrict future discussions. “They will [pacify you with] words like ‘fine,’ ‘OK,’ ‘great,’ [and] ‘you have nothing to worry about.’â€

Be an advocate for your manager. When meeting with your manager, extend opinions that are thoughtful and strategic. “It’s one thing to give your manager an update, but it’s another to give an update with value,â€ says Bohannon. “Say, ‘I’ve worked on the following three projects and they will be completed on time and under budget, but one of the things that I recognized is that there are trends, such as XYZ, so we may want to think about ABC.’â€ Make a commitment to deliver results beyond your job assignment so that you are seen as a value to the entire team and not just your position.