How Not to Help Poor, Black Children, Part 1 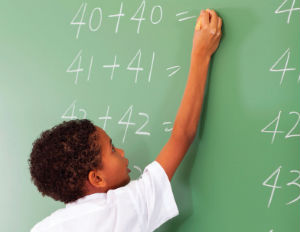 This is Part 1 of a post written by Marilyn Rhames that originally appeared atÂ EducationPost.org. It is reprinted here with permission.Â

Four years ago, I traveled to Cameroon on anÂ educational mission trip. I packed as light as I could to carry as many school supplies and books as possible. Then I visited numerous villages in the Northwest Region, observing classrooms and leading professional development for teachers.

While my skin matched the bronzed hues of most Cameroonians, my American accent betrayed me. As soon as I spoke, I stopped blending in.

To my chagrin, my tour guides told me what kids called me behind my back: “white man.â€ They explained that any non-African is usually referred to as such.

I traveled 6,400 miles and stood on the eastern shores of the Atlantic Ocean, trying to imagine the unimaginable horrors my ancestors faced on the waters of the Middle Passage, only to be called white by West Africans. The power and influence of white maleness, even in these remote villages, stunned me.

For example, I didn’t pass out candy, which is what the “white manâ€ tends to do. I passed out pencils and pens instead. Every school I visited, I read aloud the book, “Beatrice’s Goat,â€Â a story about a Ugandan girl who sells goat milk while secretly wishing she could attend school. I put away the picture books I brought about African American characters that had no cultural relevance to Cameroonian life.

At times, education reformers have made their black peers feel like “white menâ€ when we’re asked to push foreign agendas onto our neighbors without their input or consent–and sometimes, frankly, without ours. Education reformers of color are often not at the table when decisions about how to fix schools are discussed.

And having just one black or brown person participating in the discussion falls short. One voice should not possess the power to drive the conversation.

Fixing education is much more than raising test scores or high school graduation rates. While being proficient in reading and math and getting a high school diploma is vitally important for getting kids into and through college, we’ve also seen far too many honor students likeÂ Hadiya Pendleton, who performed in President Obama’s second inaugural parade, get gunned down on the streets.

We have to stretch the borders of education reform outside of school: arts and culture opportunities, seasonal employment and apprenticeships, anti-violence partnerships, etc.

As education reformers, we also need to chase after kids who have dropped out and are gangbanging or selling drugs. We need to find ways to re-engage them in school.

If theÂ high school graduation rate in ChicagoÂ has risen to 66%, then what about the other 34%?

If we claim that they are “all our children,â€ then even the kids carrying guns and smoking weed at 9:30 a.m. belong to us, too.

So when education venture capitalists and philanthropists seek to fund bold, innovative ideas to improve outcomes for poor black and brown children, they too must be willing to step outside of their comfort zones. If they assess proposals using the same standard framework they’ve always used, how revolutionary will any plan they approve actually be?

Marilyn RhamesÂ has taught in district and charter schools in Chicago for the past 11 years and currently serves as alumni support manager at a K-8 charter school. AÂ 2016 Surge Institute fellow, Rhames is dedicated to promoting more diverse education leadership to improve the education of students of color.Â A former New York City reporter, Rhames writes award-winning education commentary featuredÂ on Moody Radio in Chicago.Â In 2011, she founded the Christian nonprofit,Â Teachers Who Pray.