How the Patriots Helped Make the Super Bowl Tickets Cheaper 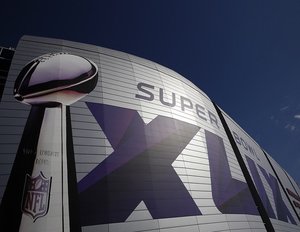 Super Bowl tickets to Glendale, Ari., were selling for $2,879 on Monday, according to SeatGeek, a website that tracks ticket sales. Apparently, that’s down 20 percent compared to the same day last year, according to Yahoo.com. The finance site also pointed out that the passes are actually 18% cheaper than what Super Bowl tickets were selling for on Saturday, before NFL’s final four competition.

But after the New England Patriots won on Sunday, the hottest sports tickets the first week in February dipped. The reason? “Patriots Super Bowl Fatigue,” said Connor Gregoire at SeatGeek to Yahoo.com. The team has arrived at the Super Bowl six times in the last 14 years. Observers are speculating that some New England fans just prefer to watch the big game from inside their living rooms, while others might not want to pony up the expensive bills to attend the game in person.

But securing a Super Bowl ticket is no easy feat. There are about 1,000 tickets that are sold at face value. The rest are divided among the league—which hands out a lot to corporate sponsors—and the teams, according to Yahoo. On the NFL’s official Website, tickets range from $2,500 toÂ $12,334Â each. While the cheapest ticket on SeatGeek is $2,359. Surprisingly, the actual game day between the New England Patriots and the Seattle Seahawks will be the busiest in the resale market, according to SeatGeek.

In the words of Marshawn Lynch, some fans need to “thank” the Patriots. Are you attending this Super Bowl?