How Protesters Can Stay Safe During A Viral Pandemic 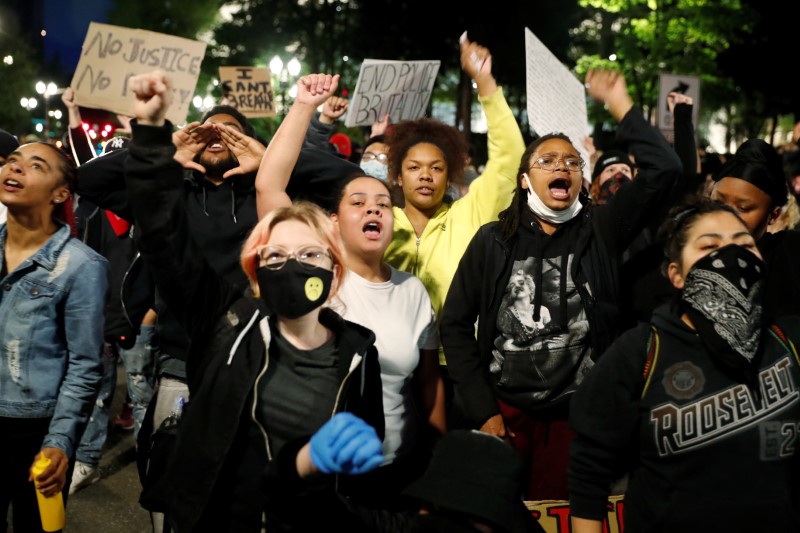 The viral videos detailing the deaths of Ahmaud Arbery and George Floyd at the hands of law enforcement officials and vigilantes have sparked protests all over the country and the world calling for an end to police brutality, The protests have attracted thousands to march in the streets despite the country still being in the midst of a public health crisis. The ongoing viral outbreak has caused many to stay inside despite the desire to join protesters in their fight against racial injustice.

“I was pretty hesitant to go out and protest,” Allison Lane, 34, a Washington, D.C-based bartender and podcaster told Consumer Reports. Lane says she broke her quarantine to join in the protest on Sunday night. “We spent all this time trying not to get COVID—now we probably have it.”

It’s too early to say whether or not the number of COVID-19, or novel coronavirus, cases will rise due to the protests. Some health officials say the large gatherings of people may spread the disease among the massive demonstrations.

“Gathering in large groups could increase the risk of coronavirus transmission, but that risk needs to be considered in the context of the very real health impacts of systemic racism and police brutality, which require action,” says Julia Marcus, Ph.D., an infectious disease epidemiologist and assistant professor in the department of population medicine at Harvard Medical School to Consumer Reports.

Experts say that protesters should continue to wear face masks and try to social distance if possible. Health officials are also concerned about how police tactics may contribute to the spread of the virus as well. warning protesters to leave the area immediately if tactics such as pepper spray are used.

“Those who are choosing to join the demonstrations are certainly likely to experience tear gas and pepper spray,” says Michele Heisler, M.D., the medical director at Physicians for Human Rights and a professor of internal medicine and public health at the University of Michigan to Consumer Reports.